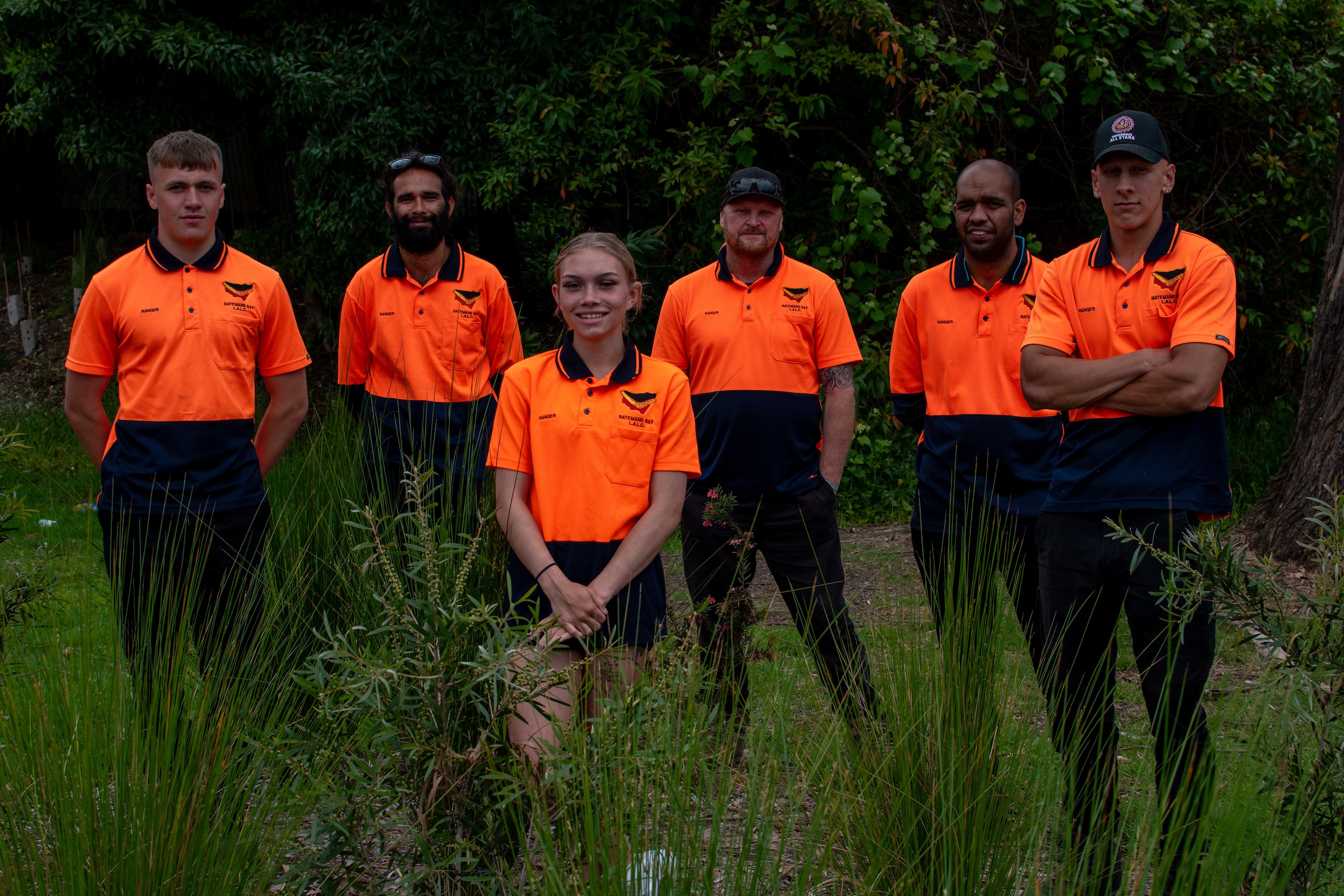 This Thursday 20th October, the Walbunja Rangers and the local community of the Batemans Bay region will celebrate six of their Indigenous Rangers graduating with a Certificate 3 in Indigenous Land Management.

“This is a significant moment for the Walbunja Rangers and the community”, says Walbunja Rangers Project Co-Ordinator Andrew White, “Our ranger team are a highly dedicated team, who love their job looking after Country and have worked extremely hard to fulfill the course outcomes. It’s fantastic to be able to offer meaningful career paths on Country for our local Indigenous community and Indigenous youth.”

“We’re delighted to support the important land management work of Walbunja Rangers,” says Paddy O’Leary, Executive Director of Country Needs People. “They’re one of the few Indigenous Ranger groups in the south-east and we’re thrilled to see the organisation go from strength to strength, developing their small crew and being able to make a practical difference. It’s essential that this work is supported into the future. If we are to turn around extinctions we need people working on country every day.  The work of Walbunja rangers shows the value of a strong, well run local Indigenous Ranger groups can do to protect biodiversity and cultural values.”

Since 2014 the Walbunja Rangers’ land management work has seen them working with local councils, National Parks, Local Land Services, the RFS and private landowners from the Eurobodalla up to the Shoalhaven. They undertake cultural burning, weed eradication, re-vegetation and monitor threatened species, plus looking after the Batemans Bay Aboriginal Land Council’s 1,000 hectare property in Nelligen.

With a focus on bush regeneration in local wetlands and coastal wetlands the Walbunja Rangers are revegetating red gums, dianellas, acacias, casuarinas, and dominant eucalypt species. It’s vital to ensure that weeds are kept out of the south coast’s precious ecosystem, and the Walbunja Rangers help manage the threat of invasive species such as cape ivy, morning glory, cassia and turkey rhubarb. Since the 2019/20 fires new invasive species to the area have re-emerged, including wild tobacco and tree-of-heaven; the rangers are committed to keeping these noxious weeds under control.

The Walbunja Rangers also conduct biodiversity surveys and environmental monitoring, ensuring the protection of local threatened species such as the spotted-tail quoll, glossy black-cockatoo, yellow-bellied glider, gang-gang cockatoo, powerful owl and the greater glider, who were impacted by the 2019/20 fires and are under threat from wild cats, foxes and deer.

Cultural burns are a major part of the role of the Walbunja Rangers, and they’ve been implementing this traditional fire management practise on the south coast for over 6 years. Most recently the group have been working closely with some of the local RFS brigades running cultural burning workshops, and are also collaborating with Local Land Services in the region.

Country Needs People is an independent not-for-profit organisation and growing alliance of over 42 Aboriginal and Torres Strait organisations who work and advocate for Indigenous land and sea management, supported by over 100,000 Indigenous and non-Indigenous Australians. Indigenous rangers and Indigenous Protected Areas deliver outstanding success for people and nature.

The Walbunja Rangers graduation event will be held on Thursday 20th October from 11am-2pm at SEARMS, 2 Museum Place, Batemans Bay. All welcome.