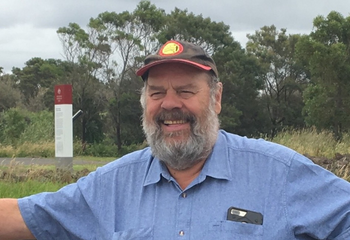 Denis is a Gunditjmara man and lives in Portland Victoria.  He has had a long involvement in Aboriginal land and cultural heritage management. Denis led the first ever Australian Indigenous led World Heritage nomination for the Budj Bim cultural landscape in Western Victoria. The Budj Bim lava flow has outstanding Aboriginal cultural heritage values including the world’s most ancient aquaculture sites.

Denis was the Chief Executive Officer with Winda Mara Aboriginal Corporation in Heywood from 2002 until 2010.  From 1995 until 2002 Denis was involved in the development of Australia’s Indigenous Protected Areas Program which assisted Aboriginal people throughout Australia to achieve greater control and management of their traditional lands.  Denis continues to be an active leader and contributor to community and national public good through his promotion of Indigenous land and sea management and partnerships in Australia and International forums. 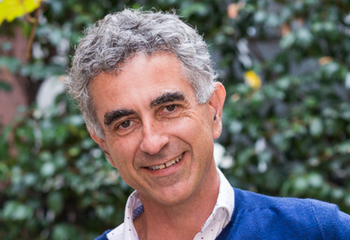 Patrick (Paddy) O’Leary has worked at the intersection of Indigenous land and sea management, policy and conservation for 25 years, including 12 years in the Northern Territory.

Raised on a dairy farm in Victoria, he gained an Honours degree in Ecology from Monash University and worked in river research. After travelling and working overseas Patrick returned to Victoria to work in environmental advocacy before moving to Darwin. In the Northern Territory, he worked with a range of organisations, including the Northern Land Council as a policy officer, policy development for government, and advocacy and communications for Non-Profit environment organisations.

Patrick then worked as a Senior Officer for the Pew Charitable Trusts in Australia, where he developed and led a national approach to supporting community-based Indigenous land and sea management. Patrick helped foster a working relationship with Canadian First Nations organisations which continues through his work with Country Needs People. Patrick has served on the boards of several national and regional non-profit organisations and worked with traditional owners on protected area co-management boards, fisheries advisory committees, land care and natural resource management boards and other representative forums. 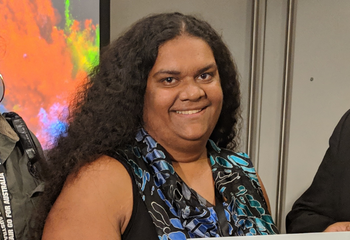 Rarrtjiwuy Melanie Herdman is a Yolgnu woman and leader from Northeast Arnhem Land. As a former and first female chair of the Dhimurru Aboriginal Corporation (a Country Needs People partner organisation) and as acting CEO at the Miwatj Health Aboriginal Corporation, Mel’s advocacy skills have seen her traveling the country to meet with politicians and other stakeholders. Speaking fluent Yolngu matha and English Mel completed an Indigenous Corporate Leadership secondment with QANTAS in Sydney recently and has returned to her home community in North East Arnhem where she continues to be an active leader and participant in community affairs while managing a young family. 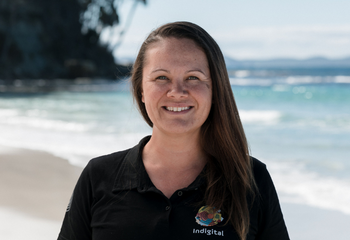 Mikaela Jade is a Cabrogal Woman of the Dharug-speaking Nation of Sydney. She is the CEO and Founder of Indigital which is creating opportunities for 400 Million First Peoples in using and designing frontier technologies by teaching cutting edge digital skills through a cultural lens. The Indigital Team is 83% female and Indigenous and works remotely from Country. In only 18 months, Indigital’s flagship program Indigital Schools has worked with 7000 students across Australia to improve their understanding of Aboriginal and Torres Strait Islander cultures through teaching spatial web technologies, including augmented and mixed reality.

Mikaela is a World Economic Forum Global Future Council on Augmented Reality and Virtual Reality member, an Alumni of Tribal Link Foundation (NYC) and the Australian Rural Leadership Foundation. Mikaela is on Microsoft Australia’s Reconciliation Action Plan Advisory Board and Advisory Board for Project Rockit, Country Needs People and the Pollination Foundation. Mikaela has a Bachelor of Science (Environmental Biology) from the University of Technology, Sydney and a Master of Applied Cybernetics (With Commendation) from the Australian National University. 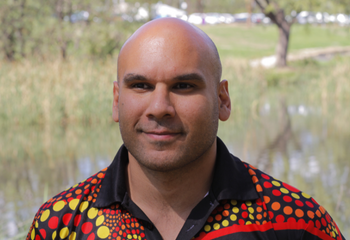 Bhiamie has extensive experience working with Aboriginal Ranger groups across both northern and southern Australia. Bhiamie also has worked with First Nations groups in British Columbia Canada, assisting in the design of a First Nations Guardianship program. Bhiamie was an architect of the ACT cultural burning program through his time working with ACT Parks and Conservation Services in 2015. Bhiamie continues to work and research with ranger groups, focussing in particular on the rejuvenation of cultural burning in south-eastern Australia. 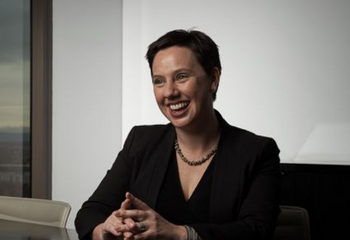 Bridgid Cowling is a Special Counsel in Arnold Bloch Leibler’s public interest law and native title groups. She advises a broad range of clients with a focus on charities and not-for-profit organisations, Aboriginal Land Councils and Native Title Representative Bodies. Bridgid began her legal career at the Northern Land Council and then worked for the Cape York Land Council before returning to her home city of Melbourne with her family.

Bridgid has many years of experience working in native title and land rights law, co-management and governance of protected areas and within Land Councils.  Throughout her career, Bridgid has contributed to numerous law reform submissions in relation to charities, mining, native title and land rights law.  Bridgid is recognised by Chambers Asia Pacific in the area of ‘charities’ for her wealth of experience acting for the not-for-profit sector on a range of matters including the establishment of new charities and governance issues. 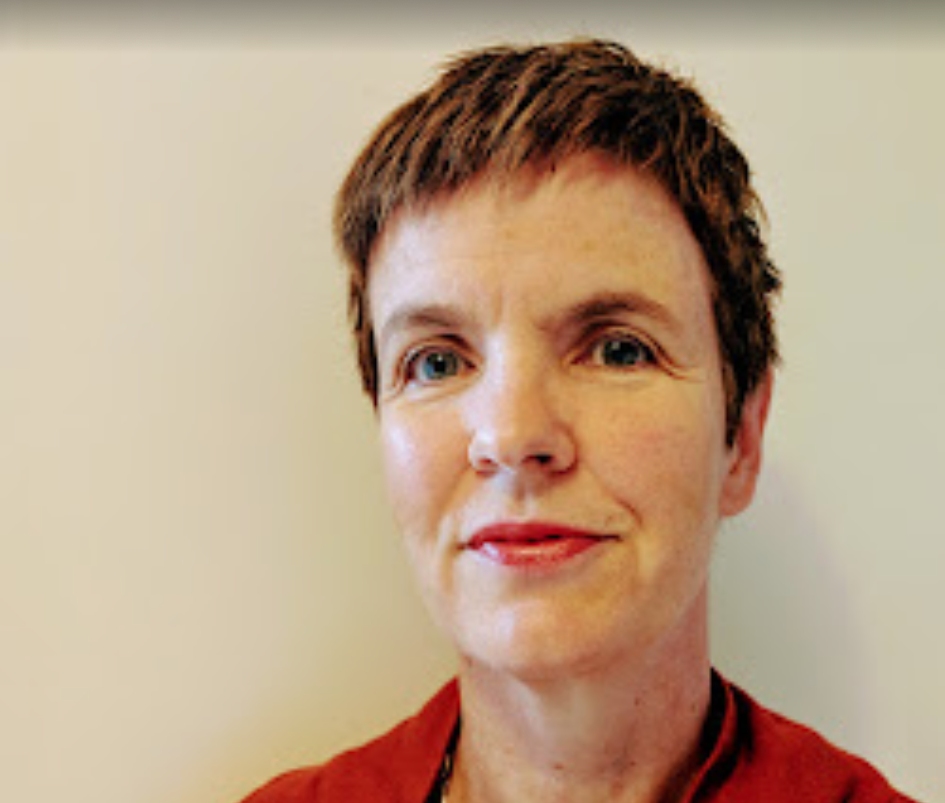 Jayne Weepers is currently dividing her time between undertaking a PhD at the University of New South Wales and working as a consultant policy analyst. Before commencing her PhD studies, she worked for the Central Land Council for eighteen years, joining in 1999. As the CLC’s Manager of Policy and Research, she was responsible for coordinating all aspects of the CLC’s research and policy development work, including consultations with remote communities and the CLC’s 90-member Council, and managing government relations and negotiations. The move to the CLC followed extensive environmental policy and advocacy work for various NGOs, including the Environment Centre Northern Territory, and Environment Victoria.

Ms Weepers was born in Darwin and lived and worked in Mparntwe (Alice Springs) for 18 years with her family before moving to Canberra.