The ranger program has been a key foundation for KJ's success in delivering social, cultural, economic and environmental benefits to Martu. It resonates with Martu aspirations to look after country and to teach their young people, and it provides a hope and a focus for young Martu in the future.
-Peter See, CEO, Kanyirninpa Jukurrpa

The KJ ranger program is a highly-effective KJ initiative. It has delivered social, cultural, environmental and economic benefits to Martu. According to Social Ventures Australia, these returns equate to roughly $3 of social return on investment for every $1 invested.

Martu are the Traditional Owners of a desert region in WA including parts of the Great Sandy, Little Sandy, and Gibson Deserts. Kanyirninipa Jukurrpa is a not-for-profit Martu organisation working to preserve culture and establish a viable economy for its communities. 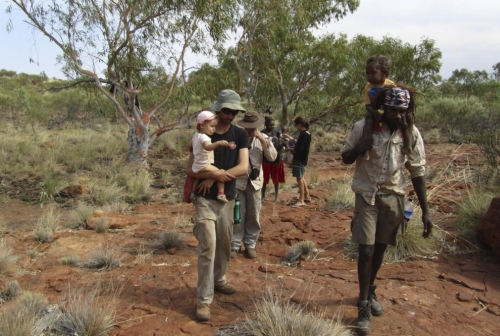