We know that this year has been one of the most challenging in so many ways, however we here at Country Needs People want to celebrate some of the really important news from the year. We also want to shine a light on the vital role Indigenous Rangers and Indigenous Protected areas have played in not only looking after country as usual, but also in responding to some of Australia’s biggest challenges this year- fire management and responding to COVID-19.

So, let’s start with celebrating the hot and hard work Indigenous Rangers have been doing in not only managing, but also fighting fires all around Australia. 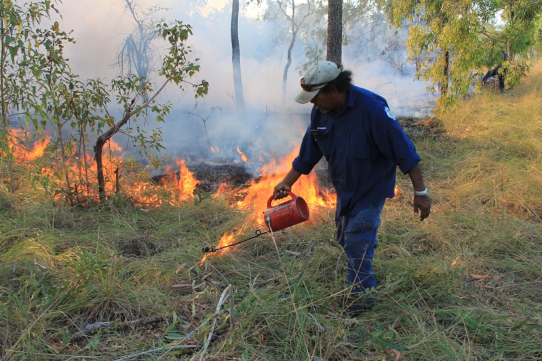 The huge fires that marked the start of 2020 shocked the world and were intensified by climate change. People died, we lost important cultural sites, property was destroyed, and billions of animals perished. It’s impossible to understate how catastrophic the black summer fires were, but for we here at Country Needs People there was a little hope.

After the fires, we have seen more interest in Indigenous land and sea management by the broader Australian public. We are hearing about awesome partnerships being built between rural fire services and Indigenous rangers. We are hearing stories of knowledge and expertise around fire being shared both ways, increasing fire awareness and building capacity in local communities.

On Indigenous Protected Areas that were affected by fire, Rangers are working hard to make sure important species and places bounce back. Other ranger teams on the east coast have initiated some cool burning programs and are now working to expand their traditional fire practises to help care for country into the future.

The dry season last year was a long fire season for rangers in the Top End, who were battling late dry season blazes right up until late in December 2019 and early January; a time when the Top End would normally be experiencing heavy rain. Ranger crews worked hard to protect some of the most vulnerable country in the NT.

The fires were bad, but we take heart in the fact that there are Rangers on country to make sure it comes back well and are working to prevent such destructive fires into the future. Let’s see more Rangers funded across Australia. 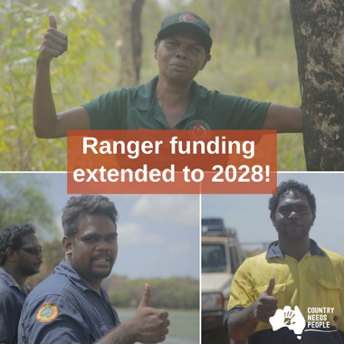 While March 2020 saw Australia recovering from the devastating fires, and the onset of the COVID crisis, there was some good news for Indigenous Rangers. The Australian Government announced that Indigenous Ranger contracts would be extended to March 2028. That’s 7 years of guaranteed funding for existing ranger positions!

At a time of great uncertainty, this news was vital in reinstating some assurance to remote communities who were particularly vulnerable to the health and economic impacts of the pandemic. There is much more to be done but this was a positive move. 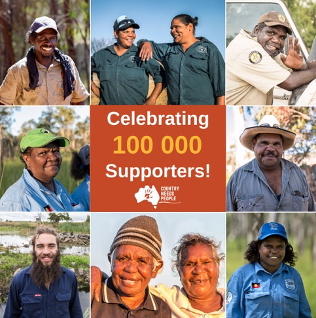 In February we hit the 100,000 supporters mark! Yep! 100,000 people backing the call on governments across Australia to get behind Indigenous Rangers and Indigenous Protected Areas. It was so awesome to have so many of you from different walks of life and places come together to support Aboriginal and Torres Strait Islander people caring for country!

Working together with you Country Needs People will redouble our effort to lift funding and security for Indigenous Rangers and Indigenous Protected Areas to benefit every Australian.

In August we saw the NT Ranger grants program extended by the NT Labor Government after their win in the election.

This is practical money where it counts. It works to fund capital investments and projects, kicking off or complimenting the work that Rangers are already doing in the NT. Building on a solid foundation led by Traditional Owners.

Well done to all those teams working on these projects.  We were pleased to see the CLP opposition, Territory Alliance, and independent’s like Yingiya Guyula and others backing this also.

Again, we can only get these practical commitments from governments with your support.  Thank you! 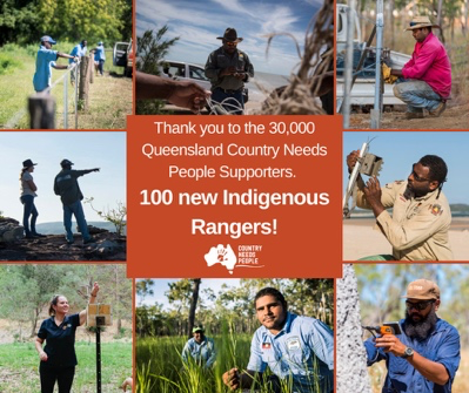 In the lead up to the election, we asked all candidates to support DOUBLING funding for Queensland's Indigenous Land and Sea Ranger program over four years - and that is exactly what Annastacia Palaszczuk MP and Queensland's first Indigenous Environment Minister Leeanne Enoch MP committed to do!

That's another 100 ranger positions to be rolled out over the coming four years. More boots on the ground, more Traditional Owners supported to manage country, better management of fire, feral animals, invasive weeds, threatened species and better management of cultural sites. And of course, more employment! Meaningful jobs where they are badly needed. As we've often said, good for nature, good for people, great for Queensland.

So, we want to thank every one of our supporters and frontline Aboriginal and Torres Strait Islander partners and networks who contributed to the win! 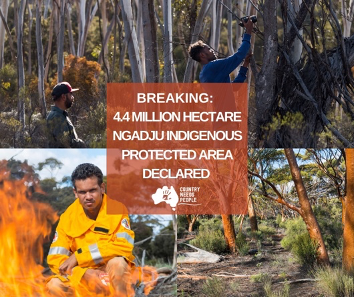 That’s a whole lotta country where Traditional Owners and Indigenous Rangers are recognised and supported by the Australian Government to not only look after the unique biodiversity in the area, but to be looking after the country as a whole, in ways that only these custodians can.

Country Needs People are really proud to have been able to contribute to supporting the Traditional Owner’s leadership in developing the Ngururrpa and Ngadju IPAs. 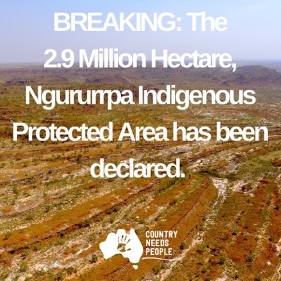 The only way to manage biodiversity in the long run is through long term permanent backing of people on country. Indigenous Protected Areas allow management to be locally run, through Traditional Owners, while opening up opportunities for collaboration with scientists and researchers, creating a framework for sustainable jobs through Ranger work, and reconnecting younger people with important cultural landscapes known and used by Elders.

We’re looking forward to hearing more from these two groups as time goes on and their programs develop. Congratulations all!

And Finally, how could we do a 2020 highlights blog post without acknowledging and thanking Rangers for the vital role they played in keeping their communities safe from the spread of COVID-19. For many communities, Indigenous Rangers basically became a form of essential service. Many of our partner groups worked hard to keep their communities updated about the virus, conducting road checks, helping people to stick to lockdown by delivering food, passing on messages, and generally helping people understand the virus better.

Big ups to all those who worked hard to keep some of the most vulnerable communities in Australia safe by translating health messages, supporting each other during lockdown, and encouraging one another to stay on country. You have kept yourselves and your communities safe, that’s something to be really proud of!

Check out these links. They’re just a sample of how Elders, Rangers, Land Councils and community controlled health services, and Government came together to keep people safe.

What a year it has been! Country Needs People team hope all the Ranger teams and their families get a well-deserved break this year. It’s been huge. Thanks to all the partner groups and all you supporters all across Australia and beyond! Take care and see you all in the new year.