Ngadju and CSIRO tackle bushfires in the Great Western Woodlands 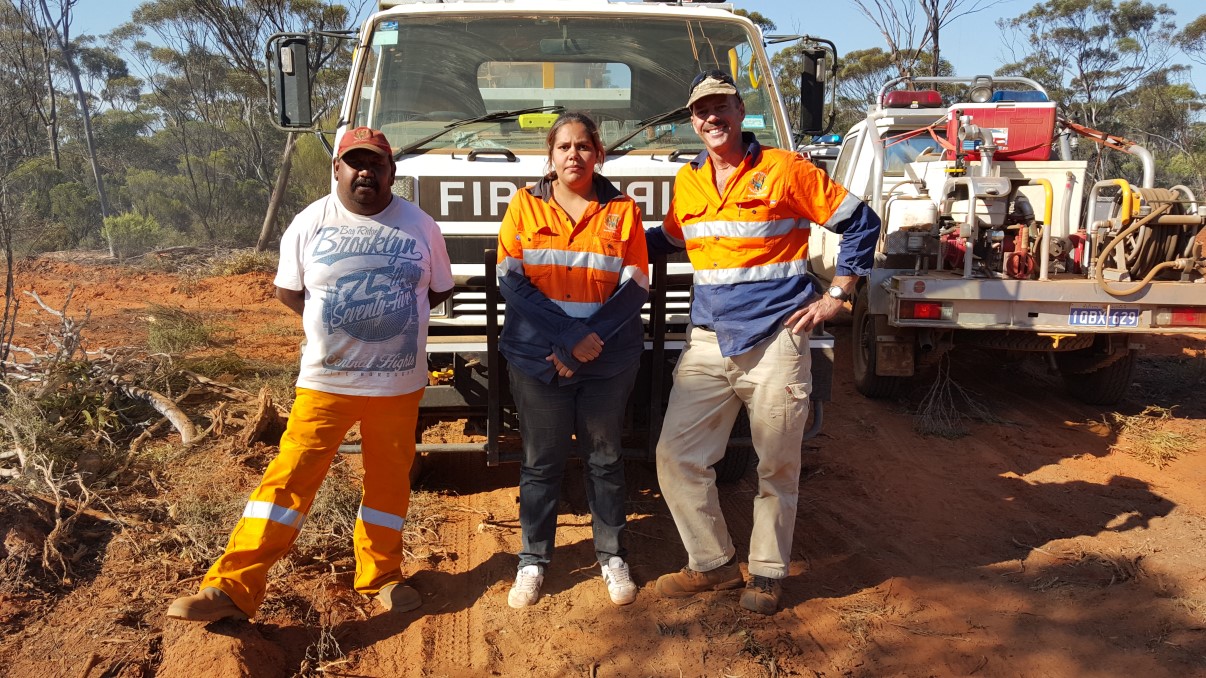 Old and new ways of fire management are coming together to help protect one of the most unique woodlands on the planet.

Old and new ways of fire management are coming together to help protect one of the most unique woodlands on the planet.

Members of the Ngadju community began working with CSIRO about four years ago to help prevent fires in the Great Western Woodlands (GWW) in south-western Australia.

The GWW is the largest remaining tract of dry climate woodland on Earth. The region receives as little as 250 mm rain per year. Owing to the variable rainfall and lack of readily accessible groundwater suitable for livestock, much of the region has remained virtually unchanged since European settlement.

However during recent years, the GWW has experienced an increase in the frequency of large, intense wildfires causing fire-sensitive old-growth woodlands to be lost at an alarming rate.

Leslie Schultz from Ngadju Conservation believes climate change is contributing to the increase in fires.

“The heat we get now is harsher and when it does come, there’s less rain—this can only spell trouble for the Woodlands,” he said.

Les said the relationship between Ngadju and CSIRO was born from his own experience of “burning off country”—something he learnt from his elders.

“We need to control the country so it doesn’t control us,” Les said. “We want to incorporate our traditional land management methods. We managed our country not with rakes, shovels and bulldozers but with fire.”

The insight and the benefits of utilising Indigenous fire knowledge was no more apparent than during the recent devastating bushfires in Western Australia. These fires damaged large areas of the GWW directly. In the nearby community of Esperance one fire led to the loss of four lives, with reportedly more than 280,000 hectares of farmland burnt, along with houses, sheds, machinery and almost 5,000 livestock.

Ngadju mobilised to help fight these fires and provided valuable insight into the current landscape. They also currently operate a small ranger team in the GWW and undertake a mix of contract land management.

Working with Indigenous community members during major fire outbreaks and for long term fire management was cemented as an initiative in 2012 when CSIRO researchers and the Ngadju people began collaborating on the Ngadju Kala (fire) Project.

CSIRO, Ngadju and the Woodlands

The Ngadju Kala project was undertaken through a series of workshops and field trips to the GWW during 2012-2013, resulting in the report—Ngadju Kala: Ngadju fire knowledge and contemporary fire management in the Great Western Woodlands. CSIRO researchers collaborated with over 40 people from Ngadju to document their knowledge of fire in the 5 million hectare Ngadju exclusive Native Title area centred on Norseman in the GWW.

The project recorded Ngadju’s knowledge in regard to the fire resilience of different plant and tree species, the importance of cultural sites, as well as their traditional methods of using fires to manage the land including the vegetation and associated animals.

From a land management perspective, Ngadju explained that fire in the right place kept key areas of country healthy and open for access, encouraged greenpick to bring animals to the hunting grounds, could be used to smoke animals out of the scrub, and stimulated plant growth, flowering and germination. In the wrong place however, Ngadju emphasized that the bush could take centuries to recover and important assets such as big trees, logs, fruit trees, medicine bushes, and nests would be lost.

As such, Ngadju traditional use of fire for land management is characterised by its selectivity. They light many small, purposeful fires across their country known as “patch fires”. This planned burning is considered especially important in areas that are important for camping or hunting.

CSIRO Land and Water’s vegetation ecologist Suzanne Prober said the aim of the Ngadju Kala project was to document Ngadju knowledge and involve them in fire and land management for the future.

“Ngadju emphasized a desire to ‘combine the best of old and new ways’, drawing on traditional knowledge for looking after country but progressing the application of new technologies in fire management,” she said.

“The positive outcomes of the project have not only seen Ngadju using their knowledge to help with the recent Esperance fires but forged important relationships between Ngadju and the community.”

A rapid response initiative is one of the great ways Ngadju and the Department of Fire and Emergency Services (DFES) are combating wildfires today. Ngadju, being central in the Woodlands, can very quickly put the fires out before the fire gets out of control.

With training and advice from DFES, Ngadju have established the Dundas Rural Bushfire Brigade.

Since the release of the report, Ngadju have also collaborated with the Gondwana Link program to see the establishment of six part-time rangers in the GWW.

Ngadju members have undergone land management training with Perth-based training organisation Trainwest and have also been trained in chainsaw operation, 4WD skills and chemical handling to deal with weeds that become a fire hazard.

“We have picked up several fire reduction contracts where we get rid of fuel loads,” Les said. “The initial report has given us a future vision.”

With the work between CSIRO, other partners and Ngadju in the GWW ongoing, Ngadju are hopeful their skills during the Esperance fires and in managing the Woodlands will continue to cement their place in fire management for the future.

The Dundas Rural Bushfire Brigade take a rest during the recent fires in Western Australia.