This year, as a result of a $15 million deal we influenced between the Greens and the Government, five traditional owner groups were supported to develop new Indigenous Protected Areas over around 14 million hectares.

That’s worth stopping to think about: better protection across an area more than twice the size of Tasmania. Country that echoes with songlines and stories, burbles with creeks, whispers with desert winds, and that is burrowed under, scampered on, flown over and swimming with endangered wildlife. Across these vast landscapes, traditional owners will have more support from the government to protect nature, sustain culture, create partnerships, and grow the benefits that come from more ranger work on country through their new Indigenous Protected Areas.

What’s even more exciting is that in the future, there will be more traditional owner groups working with the government to develop new Indigenous Protected Areas.

How did we help make that happen? With our sheer numbers:

And it’s having a huge impact:

But the job isn’t done yet. Funding for Indigenous Protected Areas and Indigenous ranger jobs still doesn’t have the long term security needed, and doesn’t meet the scale of environmental need or demand from traditional owner groups.

We’ll keep making lots of noise to get the attention of all sides of politics in the lead up to the federal election, and I hope you’ll keep helping us to do that. 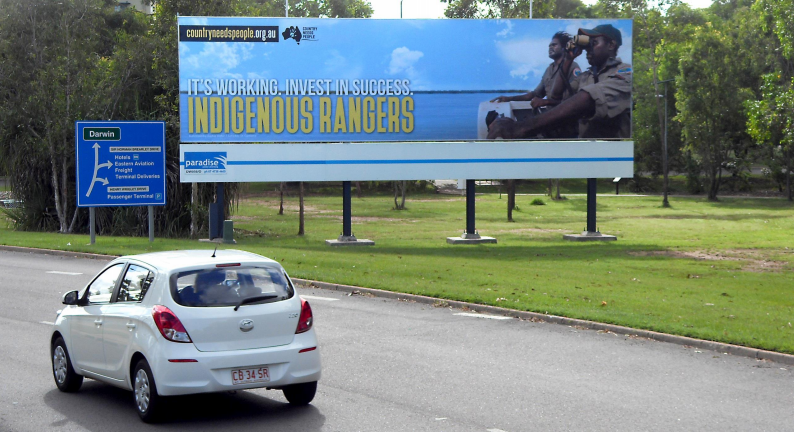 Here's some of the noise-making you're adding to - a billboard outside Darwin Airport so every pollie who flies through sees the deadly Maringa Ocean Patrol Rangers from the Crocodile Islands.

The Country Needs People alliance is now 40 Aboriginal and Torres Strait organisations delivering land and sea management around Australia, the Pew Charitable Trusts, and 87 000+ Indigenous and non-Indigenous Australians. Together, we're a nonpartisan force for people and nature. Together, we are powerful.

I’ll be in touch in the New Year with more ways you can help to build on what we’ve achieved so far. In the meantime, make sure you've signed our latest petition and let you friends know you have too!

From the team here at Country Needs People headquarters, we hope you have a wonderful festive season and a good rest. We’ve got lots to do next year.