Rangers and representatives from Indigenous organisations around Australia met with the Indigenous Affairs Minister and other politicians in Parliament House to launch a landmark report into the environmental benefits of Indigenous rangers and Indigenous Protected Areas on 30 March.

Read the 'Protecting nature for all of us: Environmental benefits of Indigenous Protected Areas and Indigenous rangers' report here

The report outlines how Indigenous rangers and Indigenous Protected Areas are at the frontline of nature protection across vast areas of Australia, and the urgent need to grow and secure funding for these programs if we are to address threats to our environment from feral animals, dangerous wildfires, invasive weeds and wildlife extinctions. 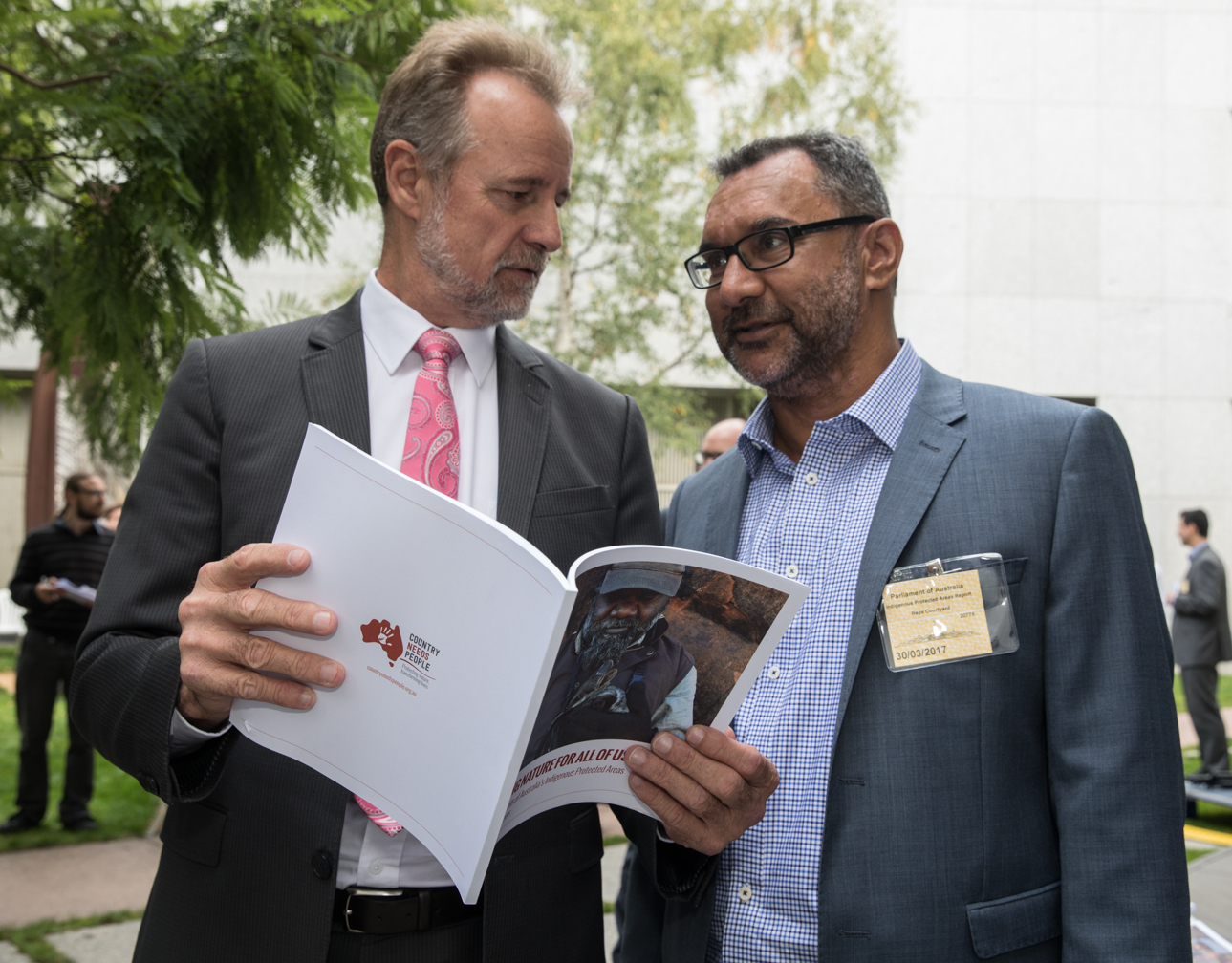 Indigenous Affairs Minister Nigel Scullion, above with Gur A Baradharaw Kod Torres Strait Sea and Land Council chair Ned David, received the report declaring these were programs "everyone should support." Country Needs People will be working to secure commitments from the government to grow Indigenous ranger and Indigenous Protected Area programs for the long term. 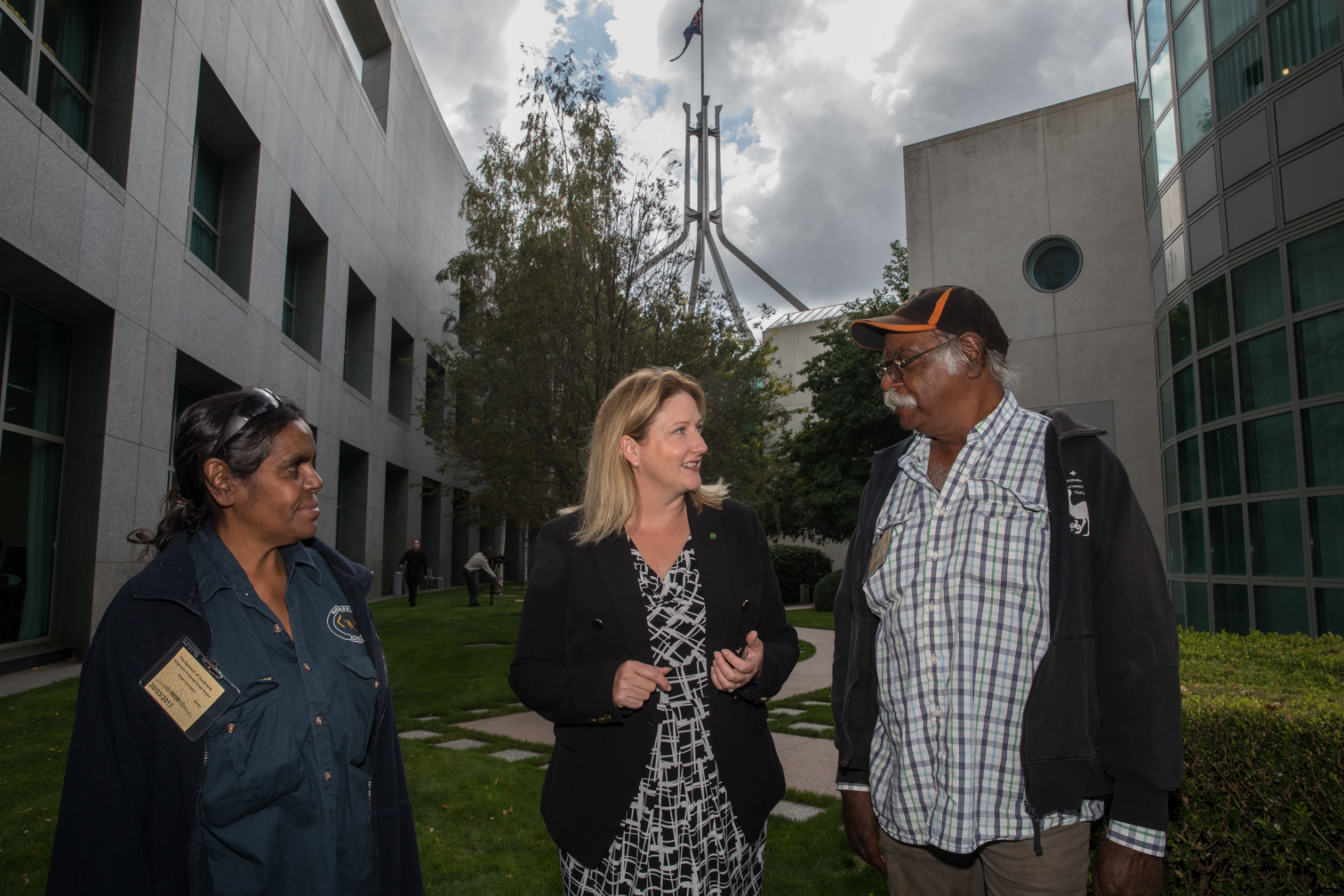 Nick Xenophon Team MP Rebekha Sharkie, here with Nantawarrina Rangers Sophia Wilton and Ian Johnson, hosted the event in Parliament. During her speech, Rebekha said: "These programs consistently achieve extraordinary outcomes. The report being launched today, will outline the environmental outcomes that Indigenous rangers achieved, and Indigenous Protected Areas. There are fascinating case studies in the report about many facets of the rangers' work, including protecting the country from wildfires and eliminating feral animals, such as camels, buffalo, goats, um, and pigs. Saving endangered species such as turtles, parrots, bilbies and eliminating weeds." 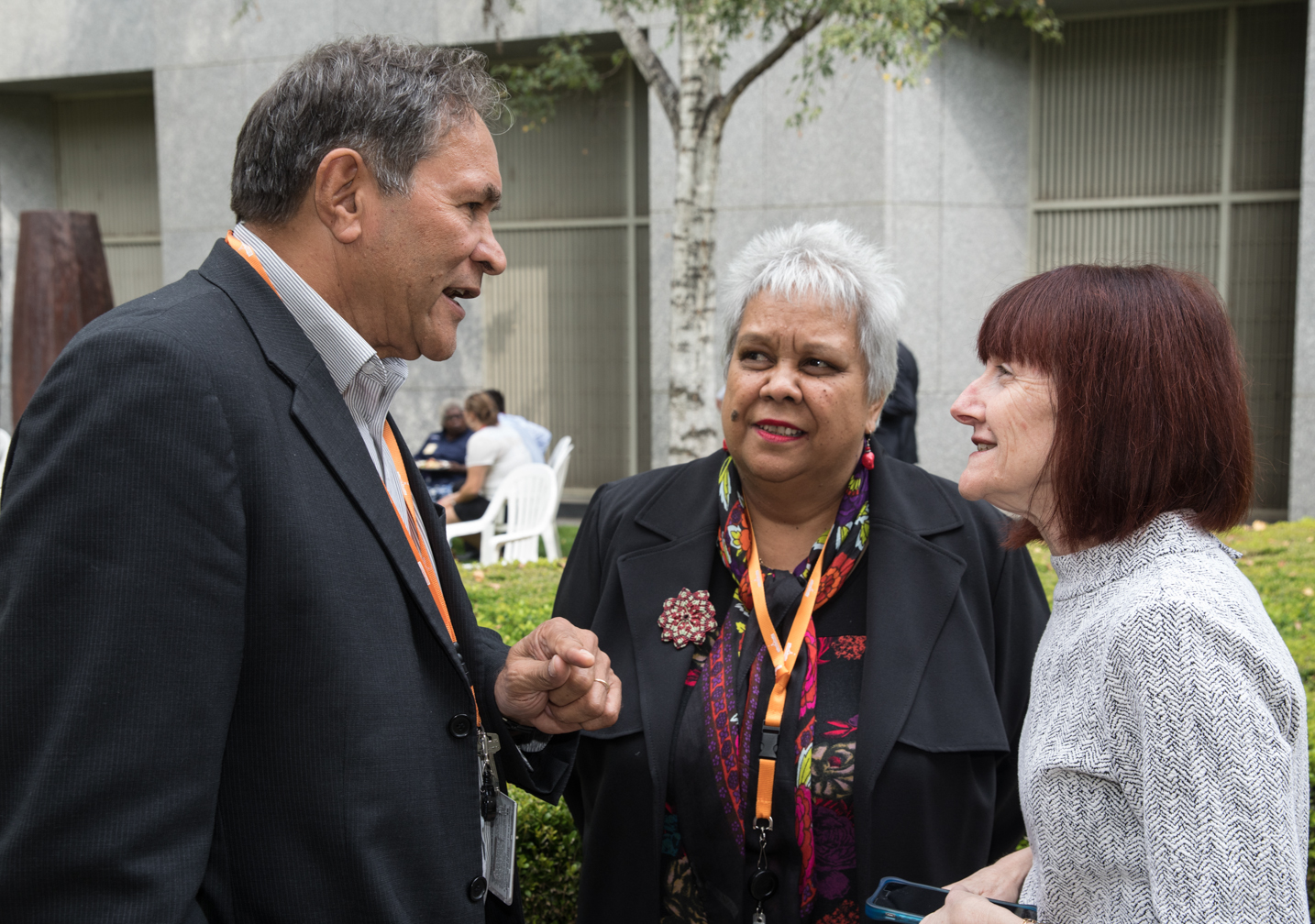 Rod Liddle and Jackie Huggins from the National Congress of Australia's First Peoples here talking to Greens Senator Rachel Siewert. Weeks before the launch, The Greens worked with the government to commit $15 million for new Indigenous Protected Areas. 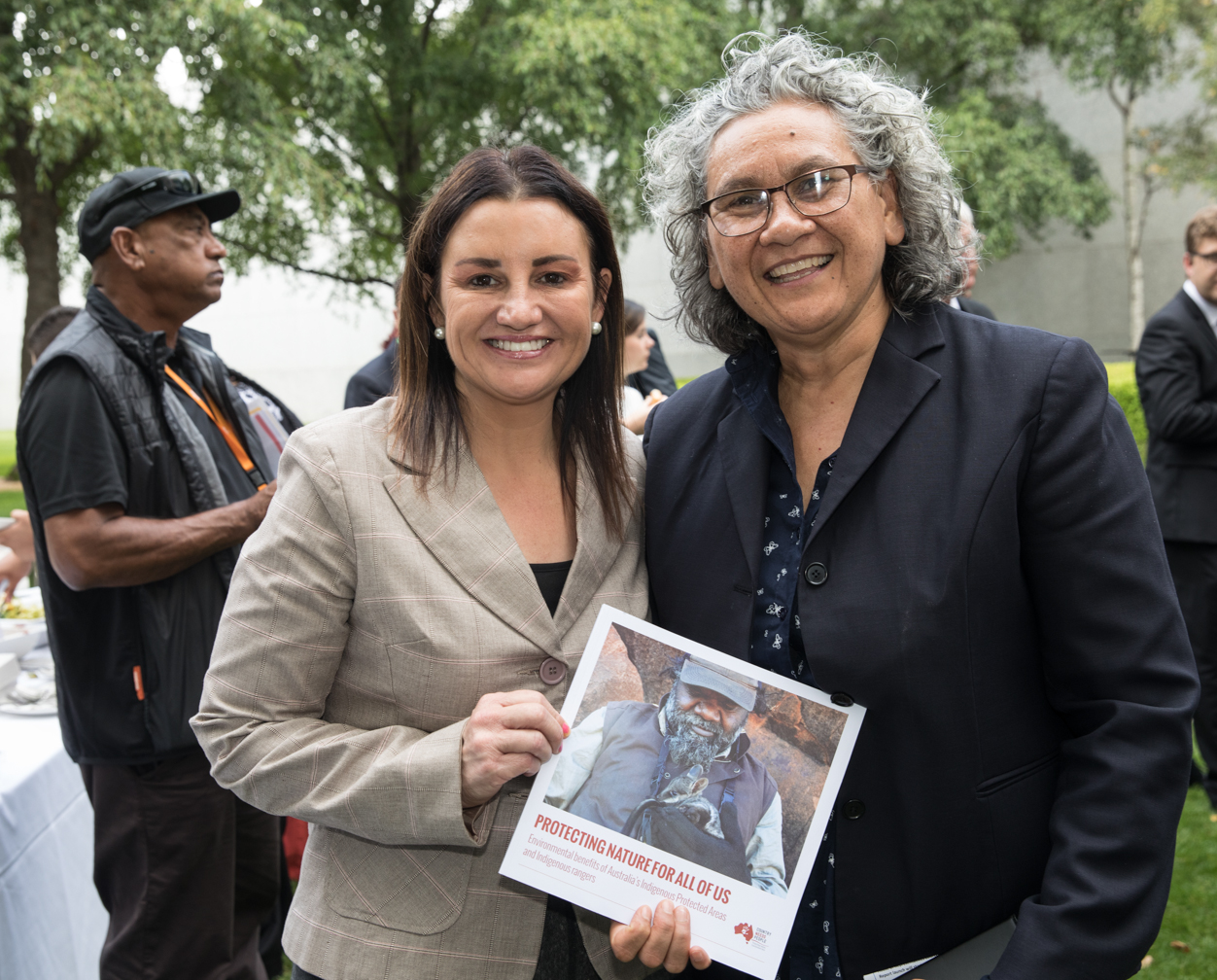 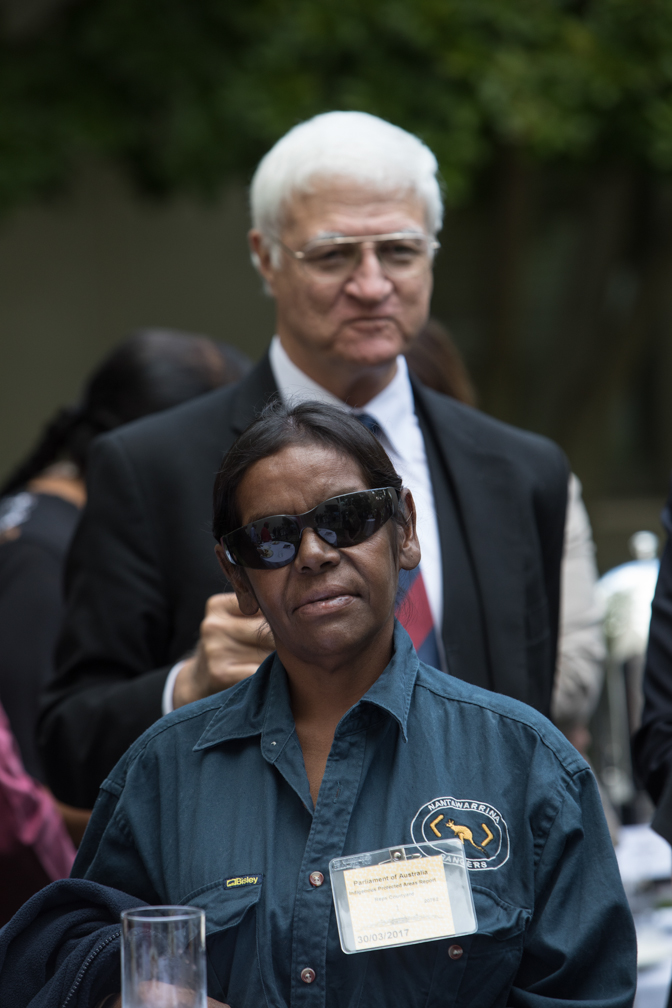 Senator Jacqui Lambie (with Kerry Tim) and Bob Katter MP (with Nanatawarrina Ranger Sophia Wilton) were amongst the independent and crossbench Parliamentarians at the event. 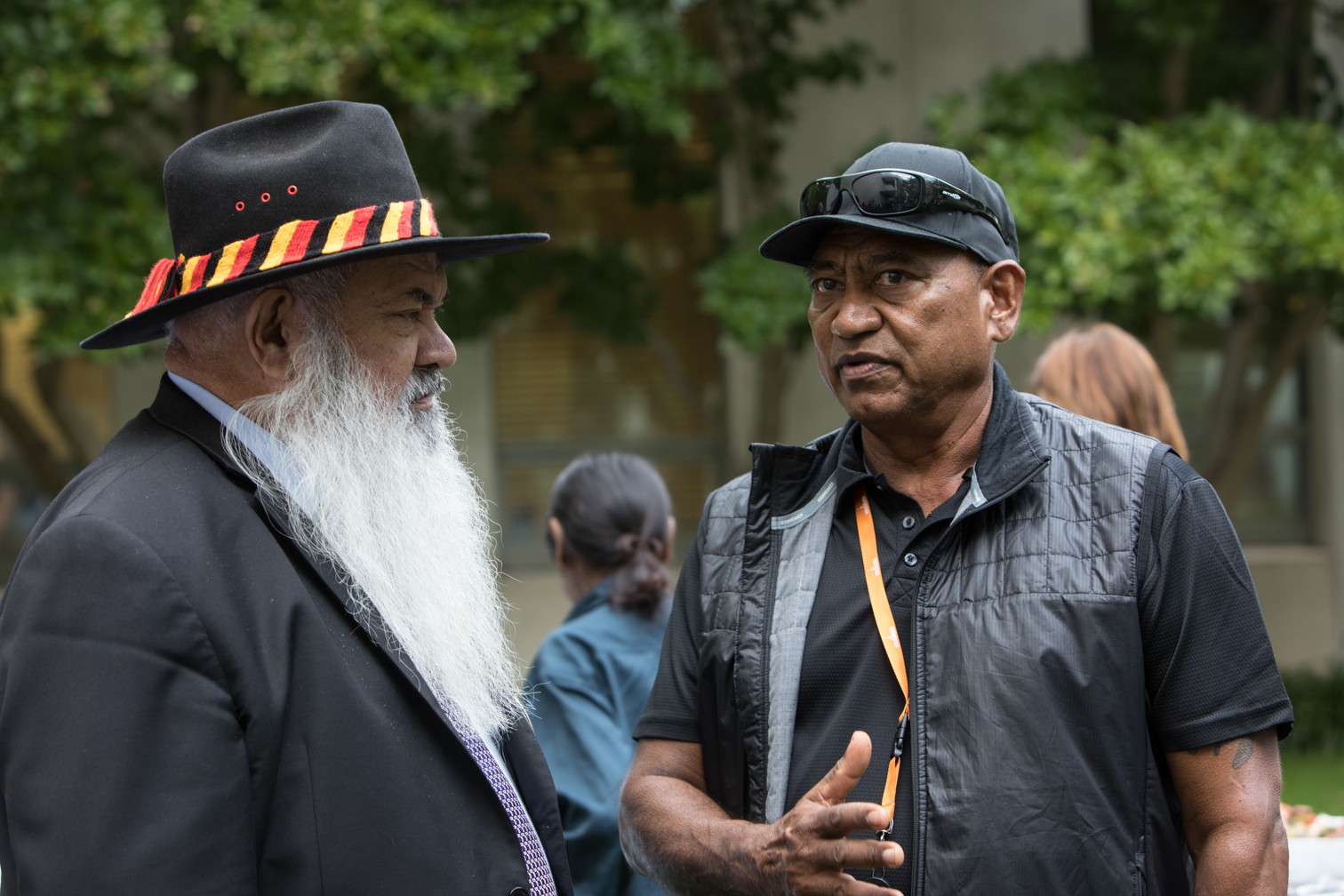 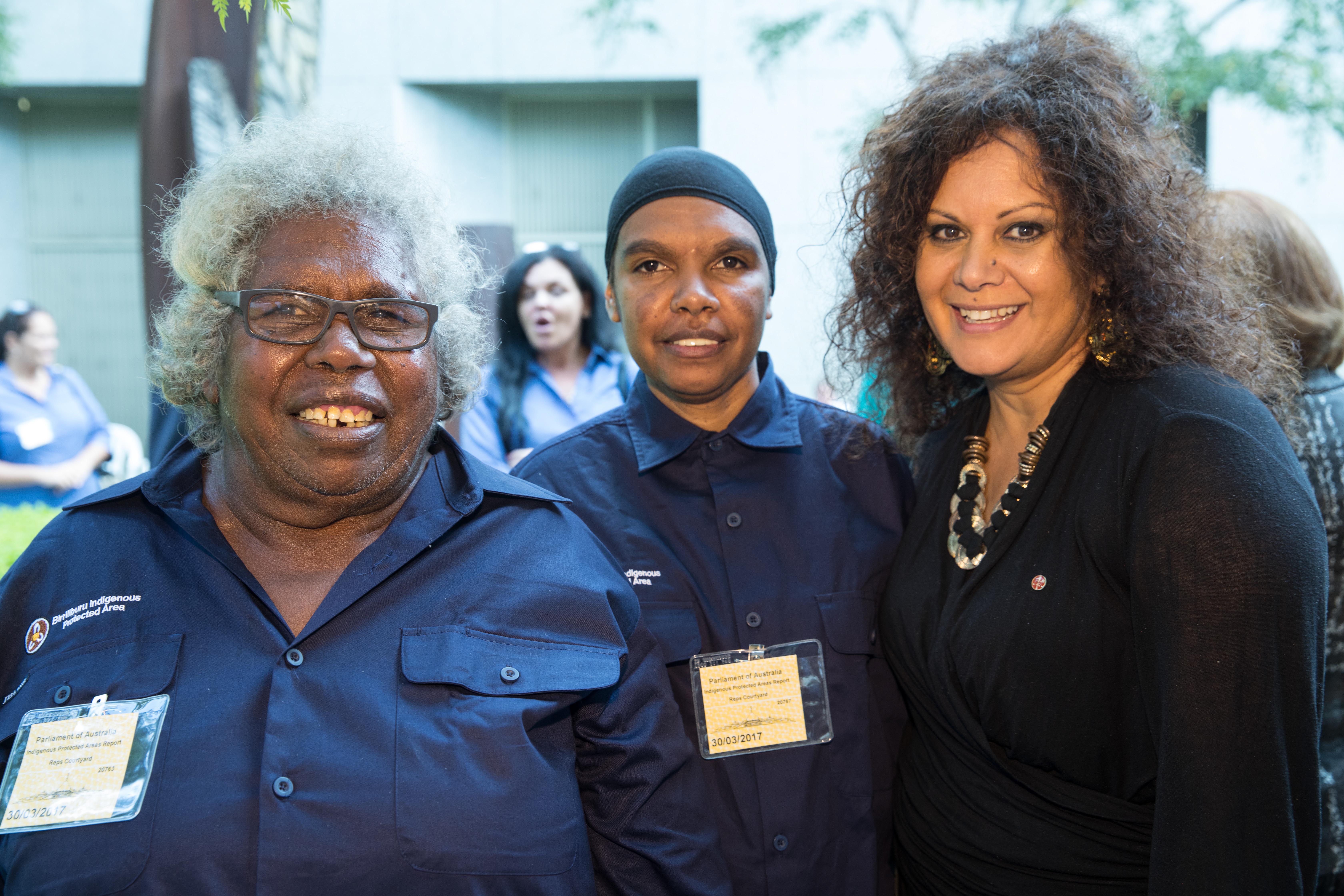 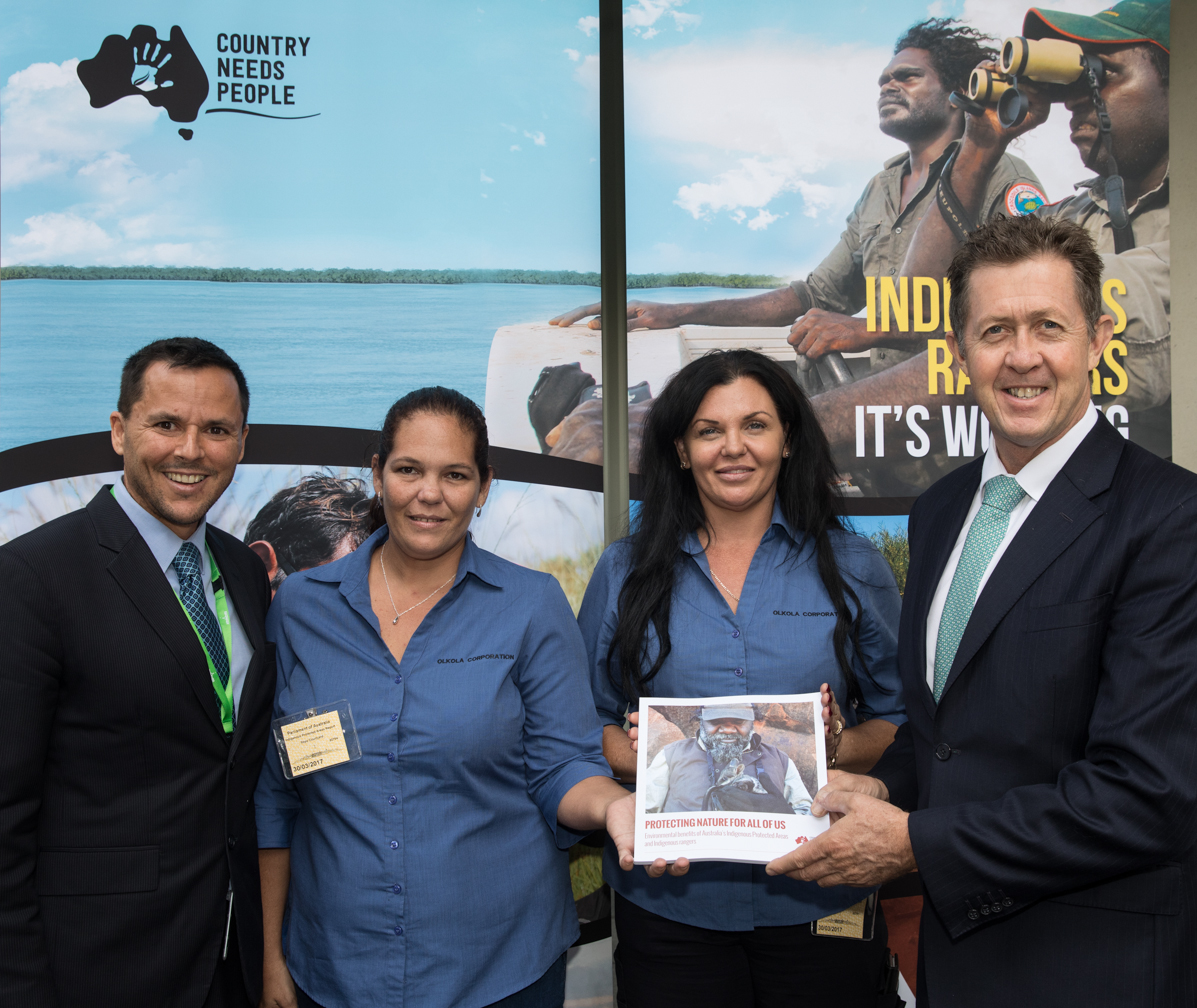 Olkola chief executive officer Deb Symonds (second from right, with Threatened Species Commissioner Gregory Andrews, Olkola operations officer Tish Ross and Luke Hartsuyker MP) spoke at the event saying, "It's vitally important, not only for our corporation, but for all corporations because in the Cape and Australia, we look into what actually means for a ranger to be on country and caring for the country: it's time working on land and making sure that land is protected and revegetating and making sure that the waterways are clear and making sure that everything is working the way it should." 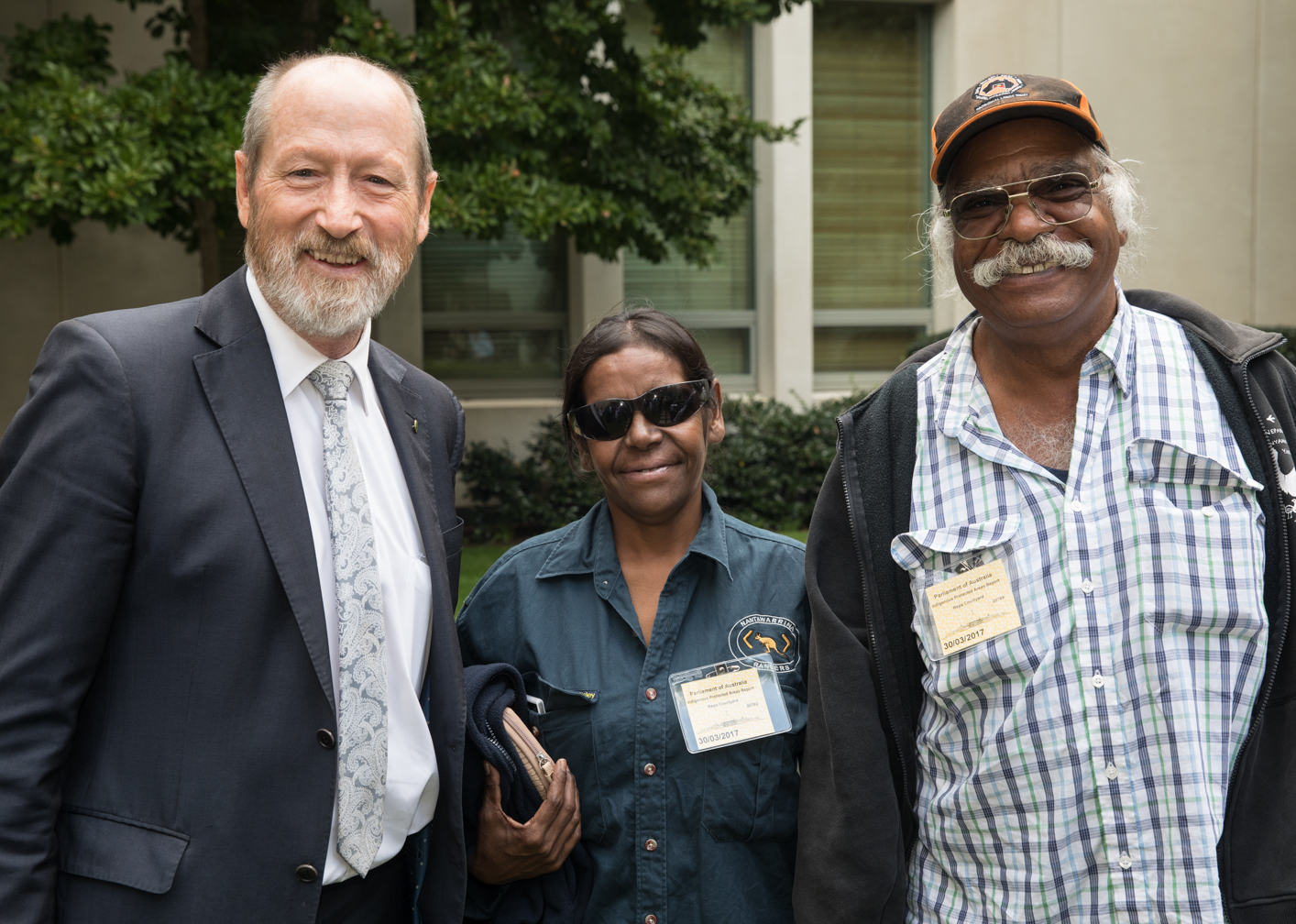 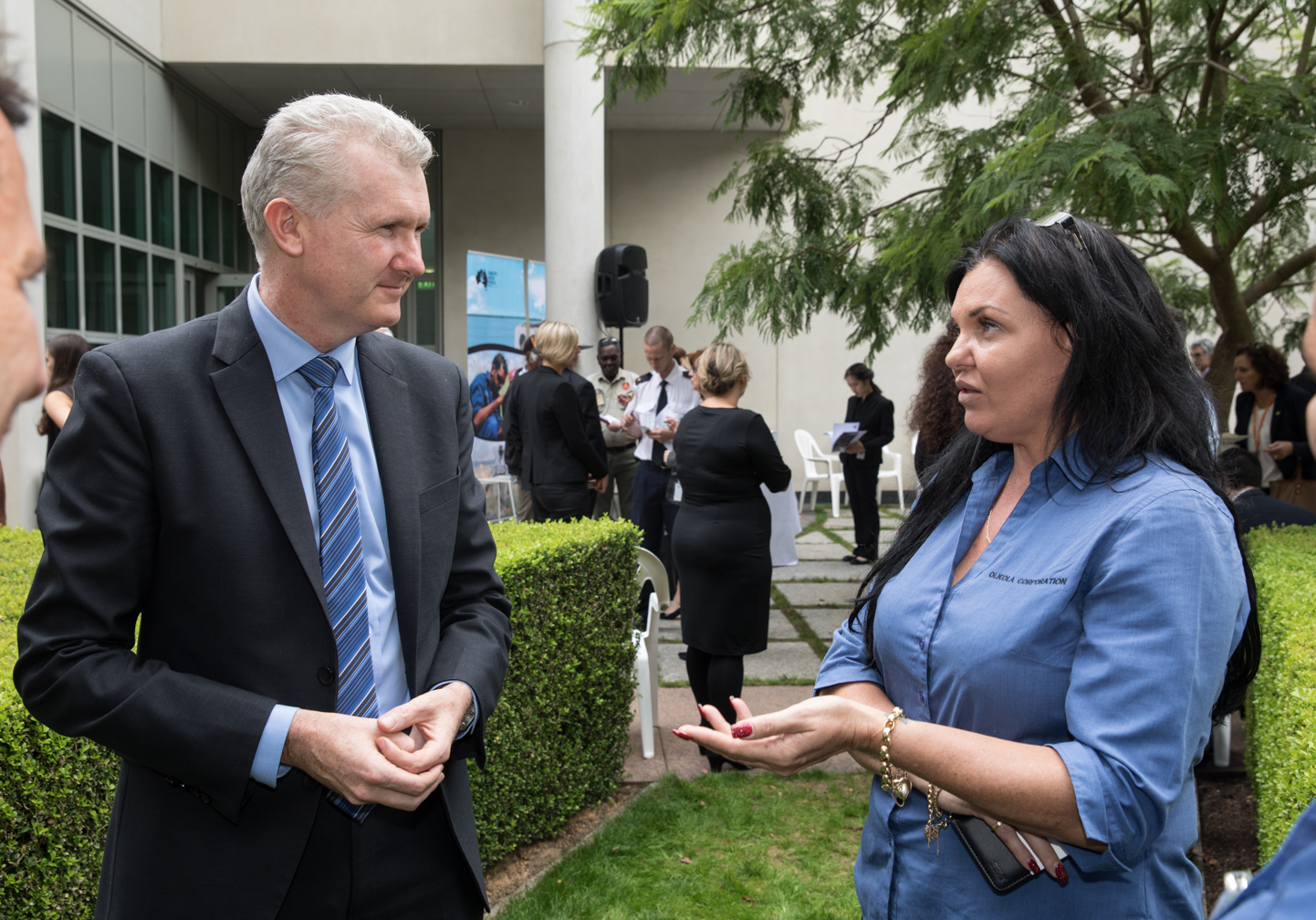 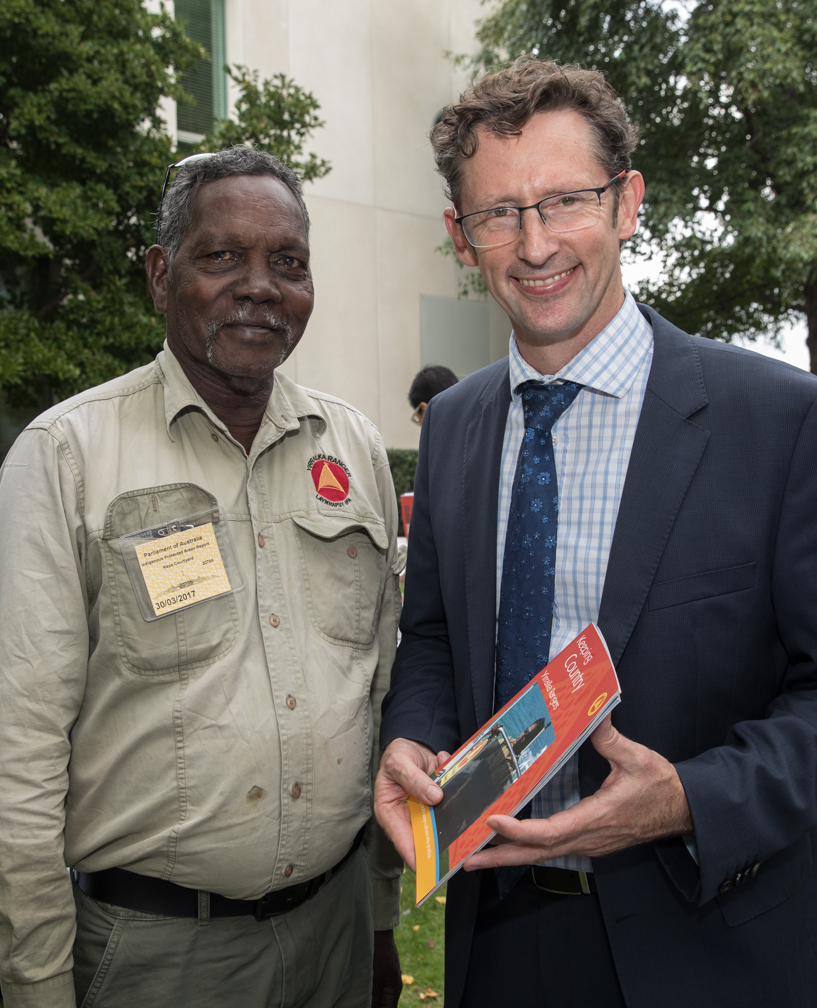