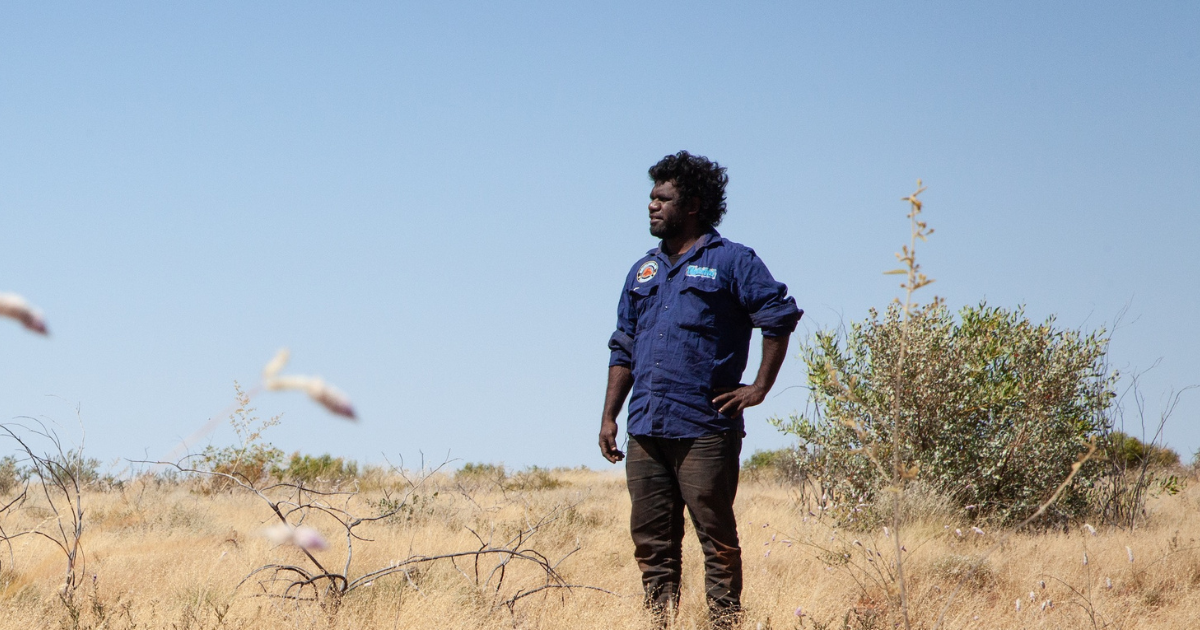 Thought to be extinct for almost 100 years, the endangered night parrot was re-discovered in south-west Queensland in 2013, but the important role the Ngururrpa Rangers and other Indigenous rangers are playing uncovering this elusive bird is less well known.

Ngururrpa translates as ‘Country in the middle’. Situated in the Great Sandy Desert, in the far eastern side of the Pilbara in Western Australia, it’s a place where many stories and people come together. The nearest town is Halls Creek, 500km away, and there are four language groups who call Ngururrpa home - the Ngarti, Kukatja, Walmajarri and Wangkatjungka peoples. In 2007 their country was won back through native title.  There are also two W.A. Aboriginal Lands Trust reserves which underlie about 75% of the Ngururrpa Native Title Determination. In 2020 after years of work and planning, the Ngururrpa Indigenous Protected Area (IPA) was declared by Traditional Owners, covering a vast area of 29,717 square kilometres. Country Needs People was proud to support Traditional Owners in realising their aspiration for the IPA, through both direct support for the IPA proposal and advocacy to the federal government for funding, alongside partners such as Desert Support Services, Indigenous Desert Alliance and Traditional Owners owned Parna Ngururrpa Aboriginal Corporation. The value of an Indigenous Protected Area is that the protection is not limited to just the ecological protection of land and sea, but the cultural values too and governed and managed by Traditional Owners themselves. Combined with the native title and ALT reserves, this ensures a very strong foundation for management of the pressures facing Ngururrpa Country. 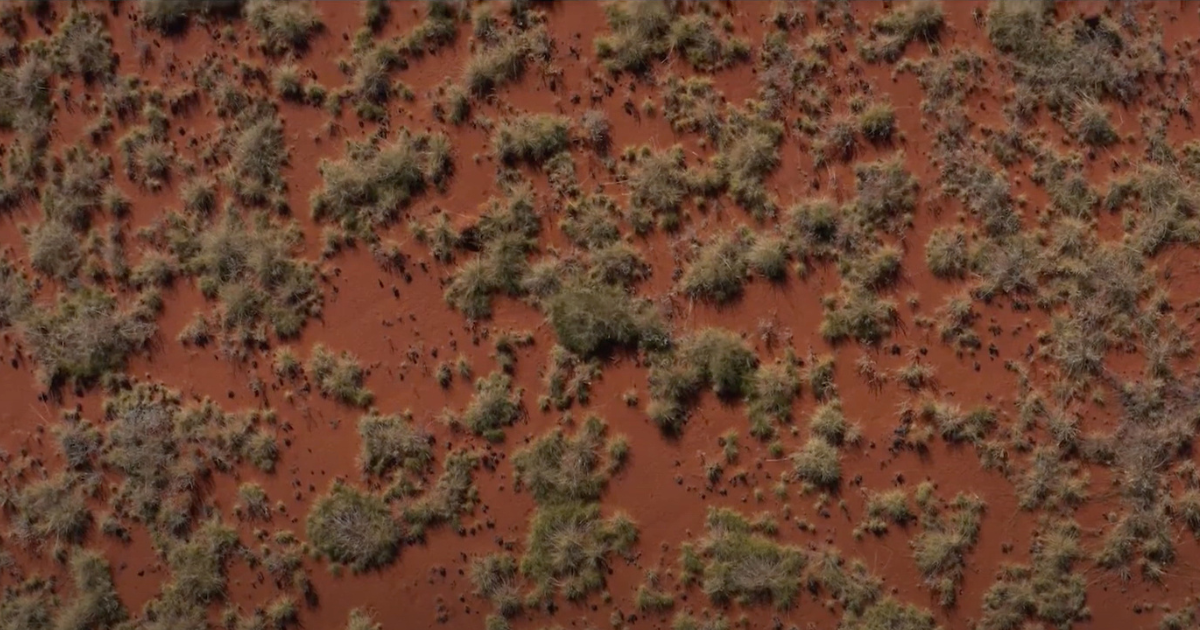 The Ngururrpa Indigenous Protected Area (IPA) is home to many threatened species including the ngalku (bilby), tjalapa (great desert skink), murrtja (brush-tailed mulgara) and also the elusive kakarratul (marsupial mole). The IPA comprises vast areas of sandplains and dunefields, peppered with ephemeral lakes and claypans. The sandplains are vegetated with sparse acacia shrubland over spinifex, and it is here which lies the connection with the night parrot.

Inhabiting remote arid and semi-arid parts of Australia, the night parrot measure from 22-25cm long, and are mostly green with extensive black and yellow markings, and a yellow belly. Night parrots are nocturnal, ground-feeding parrots and like to roost and nest in clumps of dense vegetation, such as spinifex.

The Paruku Rangers, part of the Kimberley Ranger Network, were the first Indigenous Rangers to re-discover the night parrot in the Great Sandy Desert, recording the only known camera trap images outside of Queensland. The Ngururrpa Rangers soon joined the quest and in their second year of surveying and monitoring, recorded the largest ever population of night parrots known. 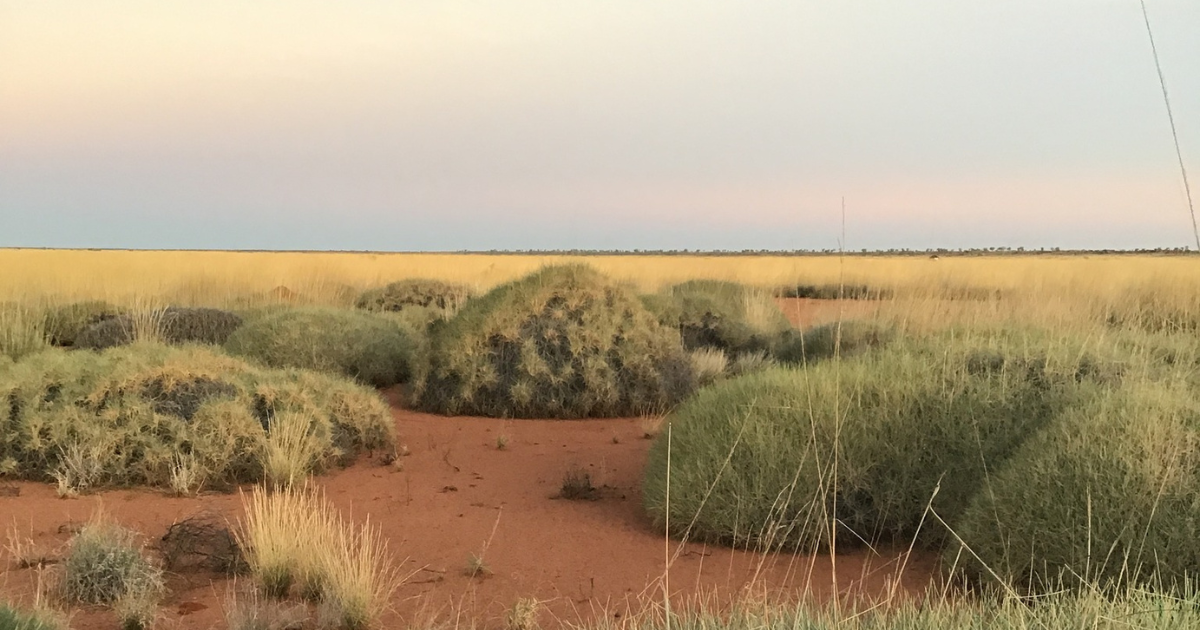 Ngururrpa and Kiwirrkurra Rangers from further south monitor sites across 100km of the Great Sandy Desert. The night parrot’s habitat is 20+ year old grass hummocks, which is very old spinifex, which has a density and structure that night parrots like. When it rains, the birds feed on grass seeds from the spinifex.  Traditional Owners have many names for spinifex depending on its type, age and other aspects known through traditional knowledge.

This year the Ngururrpa Rangers have been on multiple dedicated night parrot expeditions. They use a camera trap to monitor the night parrot habitat in the spinifex, to see if they return to the same spot for nesting, and they use a songmeter to listen to the night parrot, which records sounds from sunset to sunrise. In June the rangers undertook aerial mosaic burning with a helicopter across larger night parrot habitat patches to protect them from wildfires.

In October the Ngururrpa Rangers’ focus elevated to searching for active nests, collecting scat and feathers for DNA analysis and improving search activities, working with various partners including the University of Queensland, Bush Heritage and Indigenous Desert Alliance. Rangers enjoyed learning more about the importance of the data they were collecting on night parrots, and the kind of research they can do in the future. 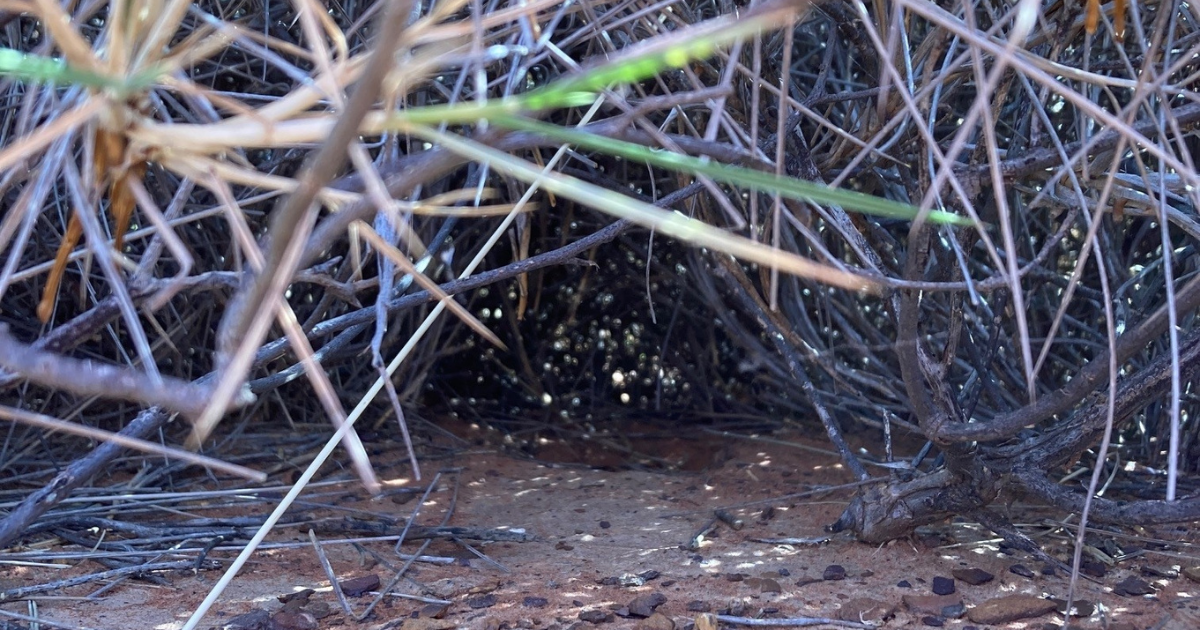 “Trips like this lead to significant outcomes for threatened and endangered species”, said Dr Angie Reid, Ngururrpa IPA Coordinator. “We are able to learn from each other and really put two-way learning into practice for the benefit of our significant wildlife species.  Not only did everyone on the trip learn new information, they developed relationships to further improve our work on country into the future.”

The important role Ngururrpa Rangers are playing in not only uncovering new learnings about the night parrot, but also the protection of this fascinating but threatened species is crucial.

Across Australia there are at least 21 Indigenous Ranger organisations managing land and sea and protecting threatened species in the ‘Priority Places’ identified in the Federal Government’s new Threatened Species Action Plan, and at least 13 Indigenous Protected Areas which come under the Threatened Species Plan’s identified priority places. In addition, many of the priority species listed in the government’s Action Plan are in Australia's new and proposed IPAs. 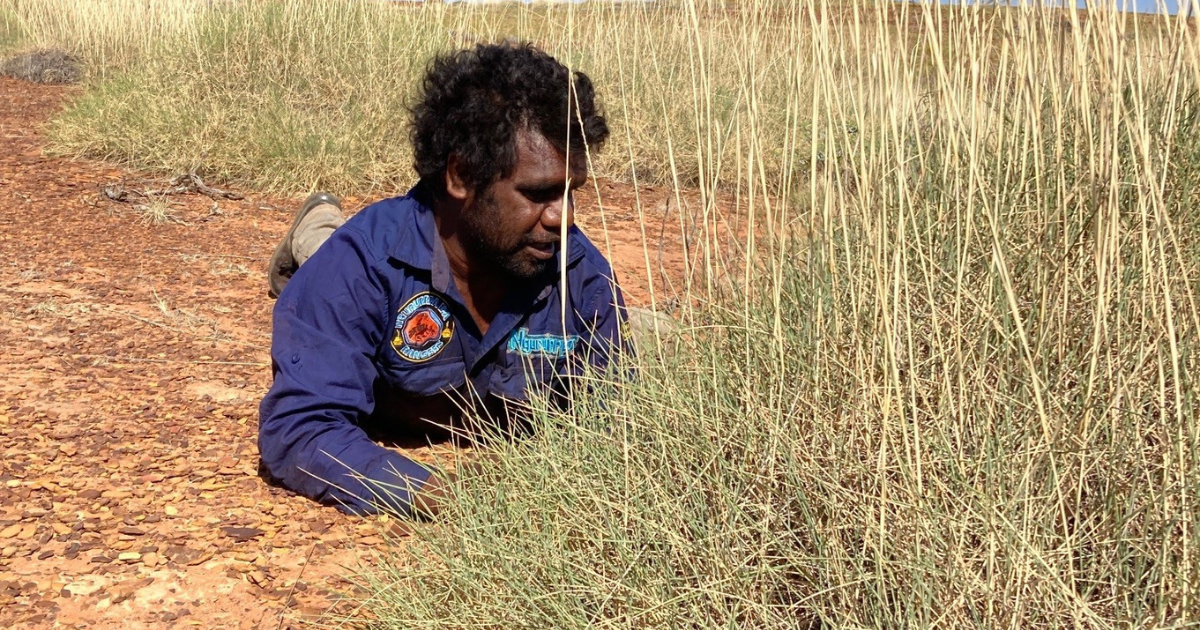 "It is absolutely vital that if these efforts are to grow Traditional Owners are not simply left as spectators on their own country. To ensure Indigenous land and sea management is taken seriously, and strong capacity and cultural governance is supported in local and regional organisations, we need government to be collaborators and supporters, not just contract managers", says Patrick O’Leary, CEO of Country Needs People.

“Over the past eight years the federal Environment department lost about 95% of the staff focused 100% on supporting the work of Indigenous Protected Areas and Rangers. It's time to get fair dinkum about collaboration and support, and rebuild that departmental capacity for better working relationships.”

Only when we do this, and prioritise Traditional Owners, Indigenous Rangers and Indigenous Protected Areas and the  vital role they play in protecting our threatened species, can we continue to follow the call of the night parrot, and Australia’s rare and endangered species for many more decades to come.