Why did 5 rep's from Lama Lama Rangers go to Canberra?

Lama Lama Rangers work to protect some of Australia's most beautiful land and sea country in Cape York, Queensland. Last month, representatives from the Lama Lama Rangers went to Canberra to talk to Parliamentarians about the need to act now to extend ranger contracts beyond June 2018 so they can continue their work controlling weeds and feral animals, maintaining tourism and cultural sites, protecting wildlife and patrolling the coastline.

Indigenous rangers around the country are facing contract deadlines of June 2018. That's just six months away. This for a program that has been repeatedly described as uniquely successful.

More than a year ago, Indigenous Affairs Minister Scullion promised that rangers would receive two year extensions from June 2018 to June 2020. This was a welcome commitment after much uncertainty, despite being very short of the five year contract length rangers previously worked under.

While there is cross-party recognition of the incredible outcomes for people and nature achieved by Indigenous rangers, more than 2000 rangers around the country are now facing a looming funding deadline.  This makes it hard to retain staff, plan for the future, and risks rangers going to the Christmas break without job contracts in hand.

To highlight their case Lama Lama representatives met with both the Ministers of Environment and Indigenous Affairs, 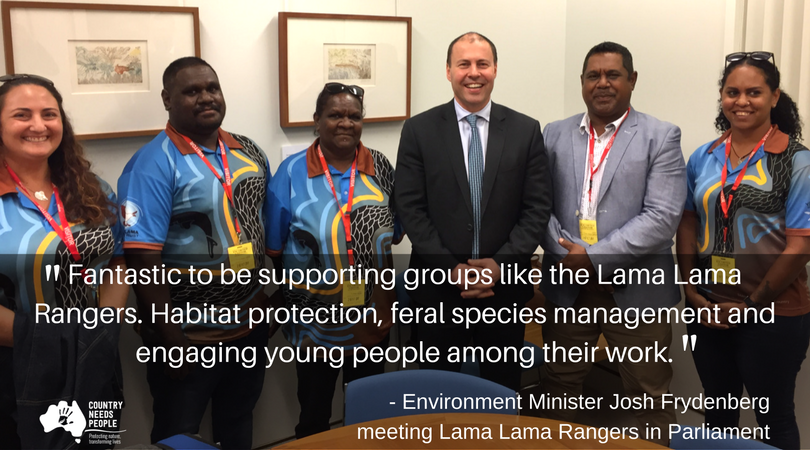 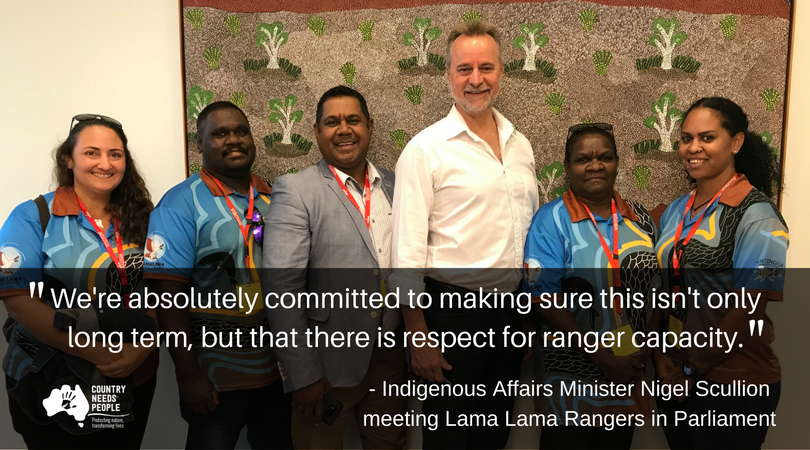 AND the shadow Ministers 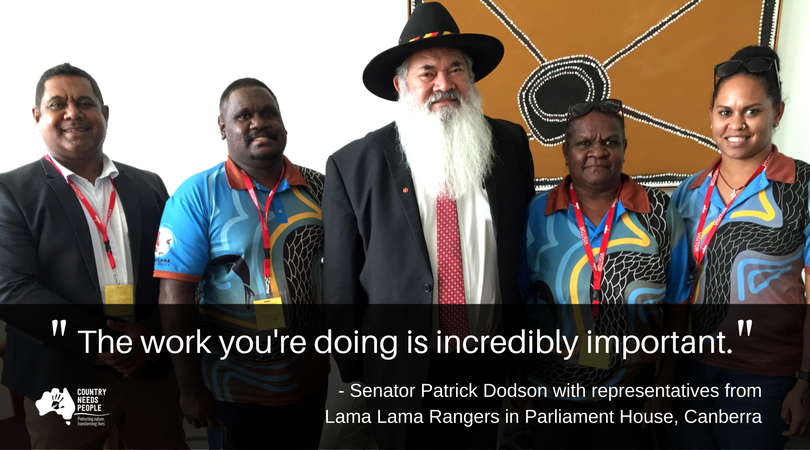 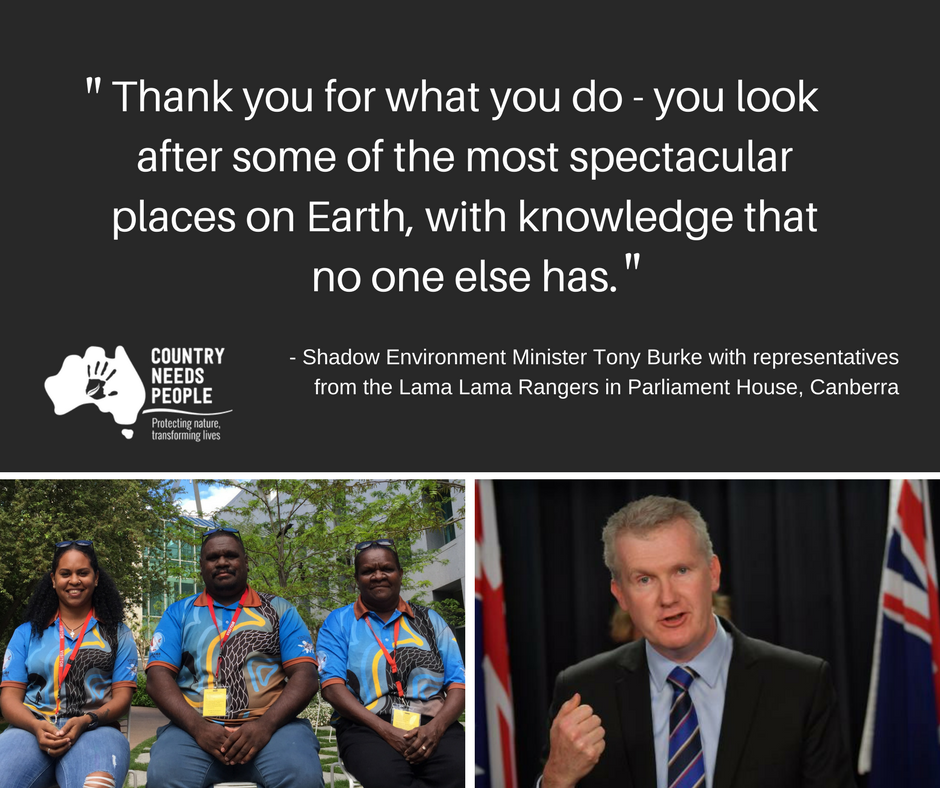 … and other engaged parliamentarians. 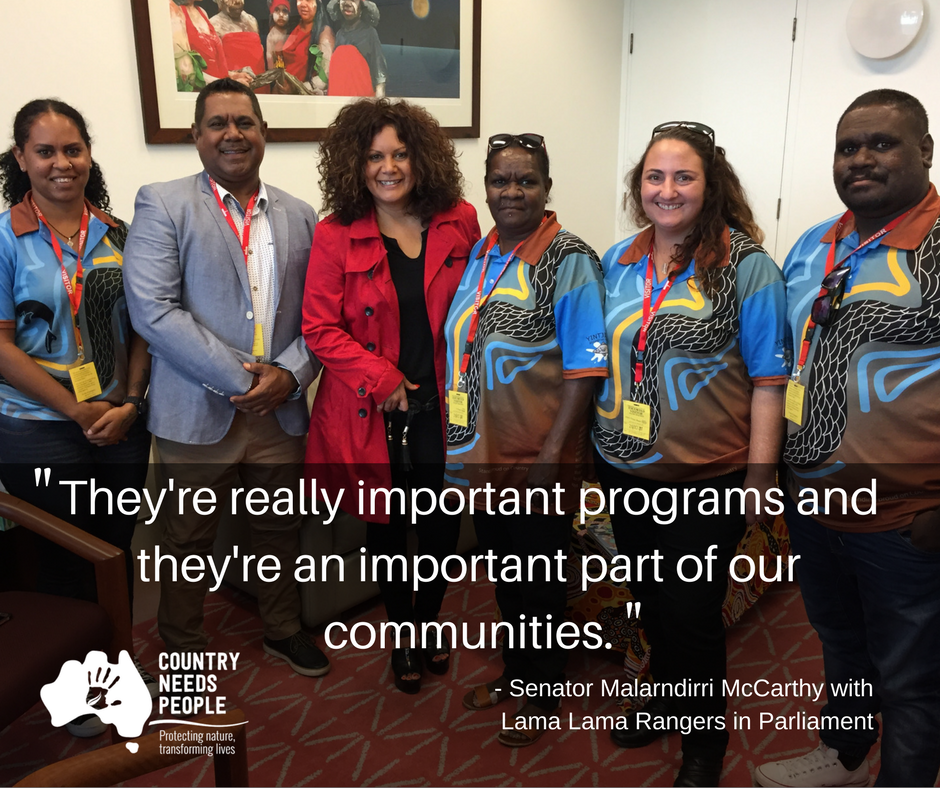 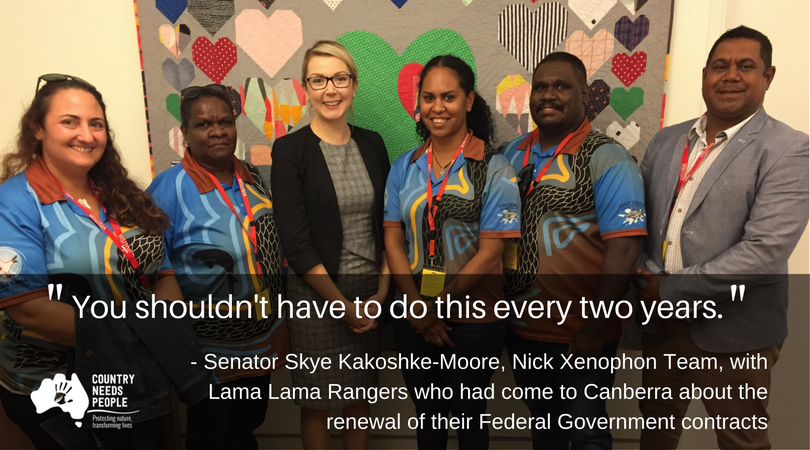 Their meetings drew public statements, including on parliamentarians’ social media accounts, of long term support for Indigenous rangers by the Government, crossbench and Labor, and led to a question in the Senate by crossbencher Senator Kakoschke-Moore about the need for government to urgently extend ranger contracts.

But Australian-wide Indigenous frontline land and sea management organisations are still waiting for the ranger contract extensions that will secure the 780 full-time equivalent positions that employ more than 2000 people through part-time, casual and full-time roles. We need to urge the government to give rangers secure contracts before Christmas, so they can focus on their work protecting nature and sustaining culture.