Boogal wa wiya (greetings) from the Bandjalang Traditional Owners of the lands being managed by the Jahnala Yenbalehla rangers on the Minyumai Indigenous Protected Area (IPA). This year is the 10th anniversary of Minyumai’s declaration, and to mark this milestone a big celebration is taking place on Monday 20 December. 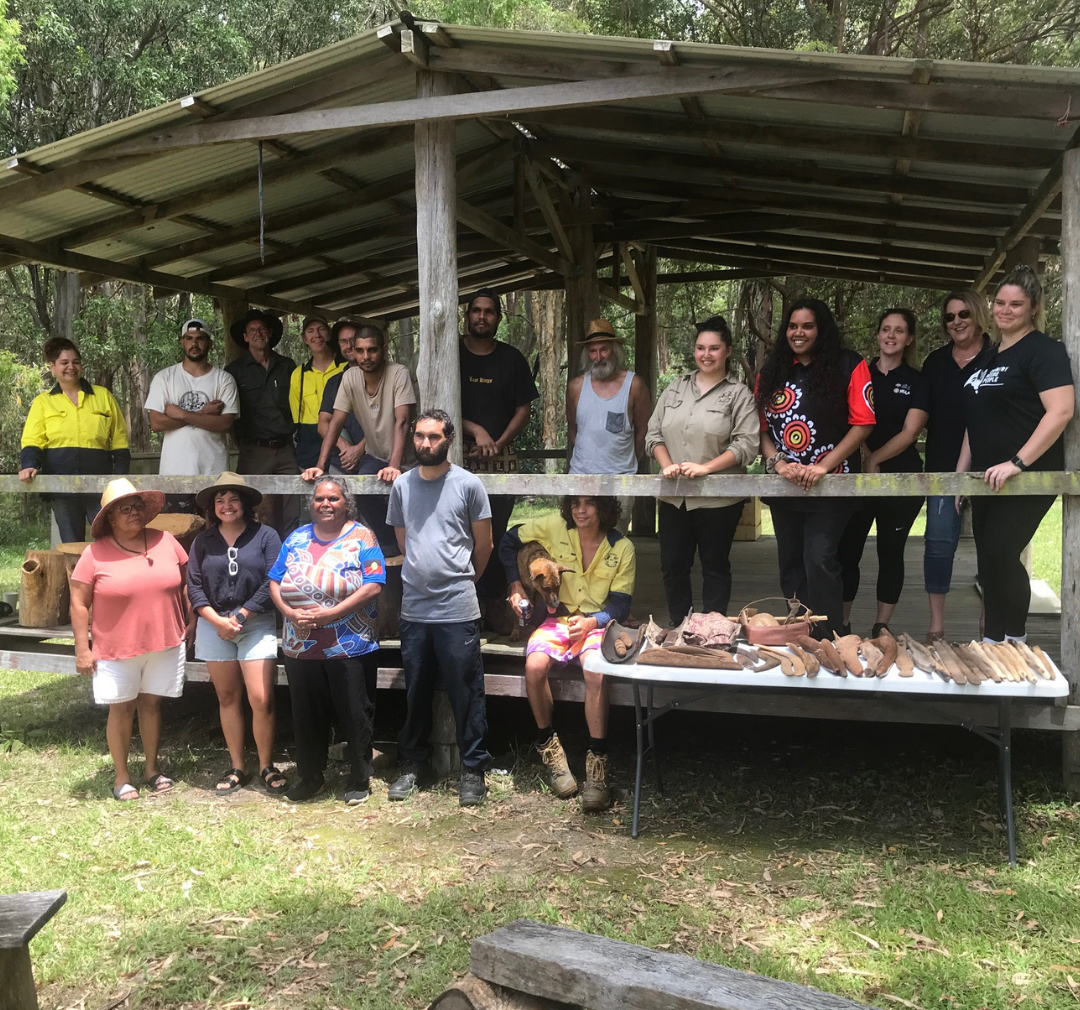 Traditional Owners, Rangers and stakeholders gathered at the Minyumai IPA to celebrate.

The IPA sits just to the south of Evans Head on the NSW far north coast and covers some 2000 hectares of diverse habitat comprising sub-tropical rainforest, coastal wetlands and native pasture. The property was originally a working farm before being handed back to Traditional Owners in 1999, ahead of the IPA declaration on 25 August 2011.

Country Needs People Executive Director Patrick O’Leary congratulated all those who have worked so hard to make the IPA a success over the past decade.

“Minyumai is a terrific example of the environmental and cultural benefits of the IPA system, which now covers more than 74 million ha of land and 4 million ha of sea country nationwide – around 45 per cent of the total area of Australia’s national reserve system,” Mr O’Leary said.

“Since the IPA system began in 1998 it has proved itself an outstanding success story, tackling management of large and diverse landscapes and supporting meaningful jobs for Aboriginal and Torres Strait Islander peoples across regional and remote parts Australia.”

“We have 12 rangers employed to work several days a week on the IPA and we’re about to appoint a second ranger supervisor,” Mr Edwards said. “The ranger team does a lot of bush regeneration across the IPA, including weed and feral animal control, and right now we’re installing nest boxes across the IPA and surrounding national parks to create new homes for our threatened wildlife.

“When not working on the IPA our rangers engage in fee-for-service activities for a range of partners, including Envite Environment, East Coast Bush Regeneration, Bangalow Koalas and Worldwide Fund for Nature (WWF), and we’ve bought a second vehicle to support that work.”

Mr Edwards paid tribute to local Elders and Minyumai Land Holding Aboriginal Corporation board members for their vision and determination to bring the original wetland back to life, a vision which is now well under way.

Mr O’Leary said it was vital more funding is made available to IPAs and Indigenous ranger groups.

“We need long-term funding security and growth to build on the enormous progress that has already been made, as demonstrated by the fantastic outcomes being achieved at Minyumai,” he said.