Today’s announcement of the development of seven new Indigenous Protected Areas is a powerful recognition that conservation led by Aboriginal and Torres Strait Islander people is central to the protection of nature in Australia.

Once complete, these Indigenous Protected Areas will mean Aboriginal and Torres Strait Islander people manage more than half of Australia’s protected area network on land, the National Reserve System.

Traditional owners around the country have worked hard to develop the partnership with the federal government to look after their land and sea.

IPAs are a plan of management led by traditional owners in partnership with the federal government. The IPA outlines a plan for caring for natural and cultural heritage, including tackling environmental threats like feral animals, invasive weeds and destructive wildfires with a workforce of Indigenous rangers.

“IPAs are protecting vast land and sea country – the rainforests, deserts, bushland, seas that make us all so proud of Australia – and it’s important that we’re growing their funding and supporting them well,” Country Needs People spokesperson Sophia Walter said.

“We’re really proud to have had a part to play in supporting these new IPAs,” she said.

The Maralinga and Haasts Bluff proposed IPAs would also link up a huge network of protected areas across the deserts of Central Australia, making the desert Outback area the largest protected area on land in the world, outside the Greenland ice sheet. The area of the protected area network in the desert would total 86.5 million hectares. 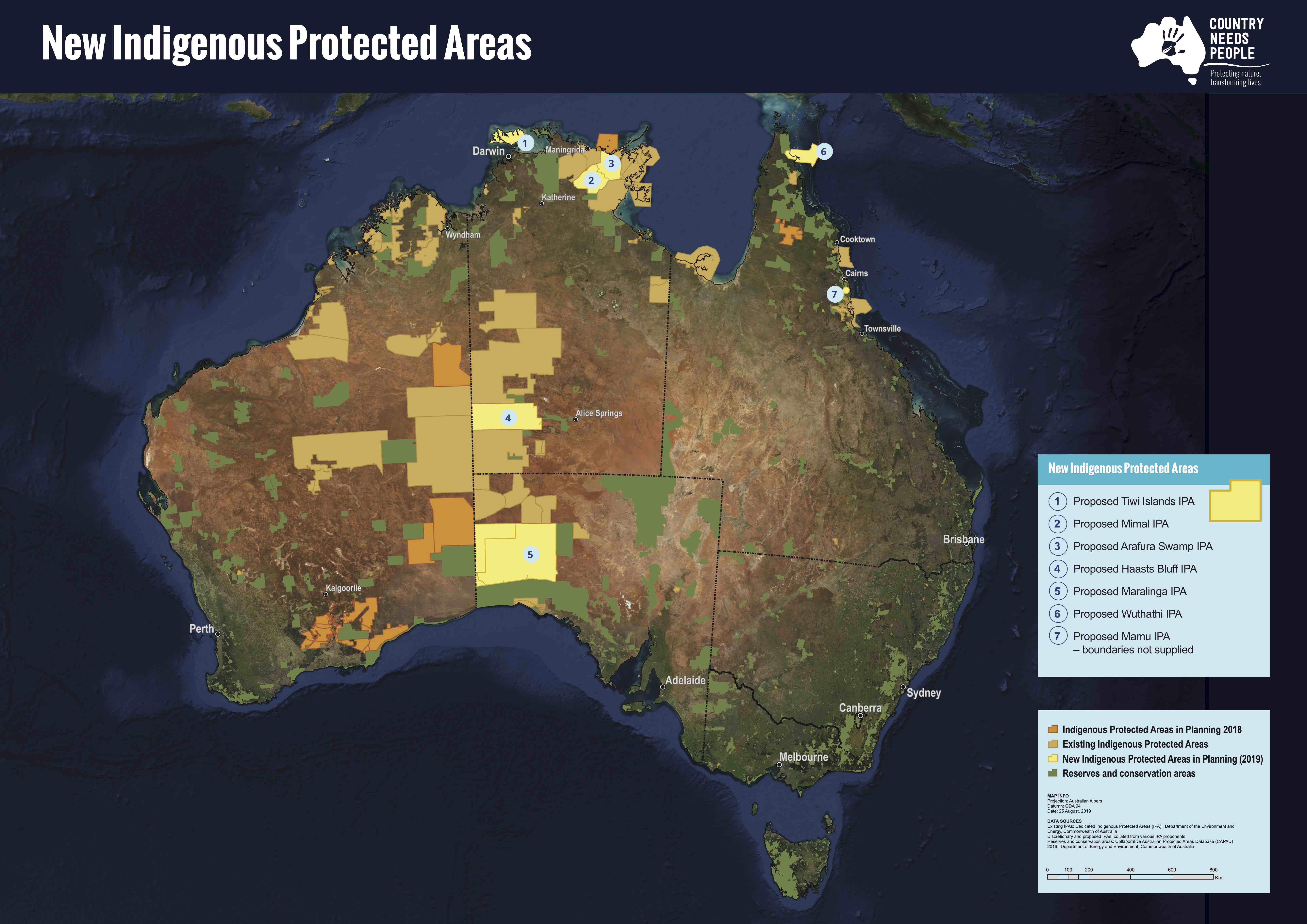 Country Needs People congratulates Ministers Ley and Wyatt for recognising and supporting the aspirations of traditional owners to look after country across vast areas of Australia.