From the cute and the cuddly, to the slippery and the slimy, Indigenous Protected Areas are safe havens for some of Australia’s most endangered native plants and animals.

For a number of reasons, Indigenous Protected Areas are a world leading model for nature conservation. They’re a vital part of Australia’s long-term environmental protection.

Here’s the who, what, where and how for four Australian threatened species being cared for by traditional owners and rangers managing fire in Indigenous Protected Areas.

Situated on the remote northwest coast of the Kimberley and covering nearly 760,000 hectares of stunning Wunambal Gaambera land and sea country, the Uunguu Indigenous Protected is a refuge for several threatened species.

Wunambal Gaambera country is largely free of feral cows, feral cats, and invasive weeds. And, thanks to the traditional owners, the area has also been largely spared the destruction caused by large dry-season wildfires. As a result, this country is a refuge for some threatened and endangered species including wunggangbarn (golden-backed tree-rat), luulun (bush mouse), monyjon (monjon), and wijingarri (northern quoll). 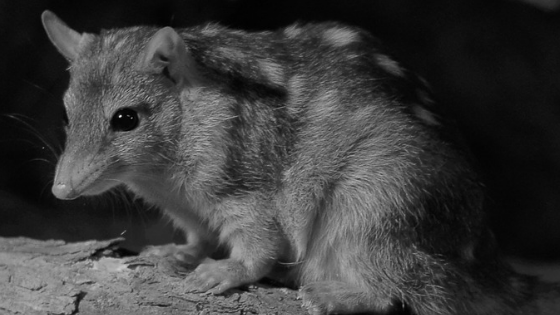 The Wunambal Gaamberra people, through the Uunguu Rangers, care for these endangered species in a variety of ways including tackling ferals and weeds. One of the most effective ways to protect threatened species on country is by using right-way fire.

Right-way fire blends traditional fire management with modern tools like aerial or satellite data, incendiary devices and helicopters, and even leaf blowers. Rangers conduct early dry season ‘cool’ burns to prevent large and destructive late-season wildfires. The cooler burns protect native wildlife from the large, dangerous fires and also create a mosaic (remember this word, you may notice a theme) of burnt and unburnt country. That results in a larger variety of food sources, especially for northern quolls.

The Uunguu Rangers are also working to reduce the effect cane toads have on carnivores like the northern quoll and goanna. Cane toads have been infesting the Kimberley for a few years now and really started establishing on Wunambal Gaambera country in 2018. In other parts of Australia, this has had a devastating effect on the northern quoll.

To help keep local populations healthy, the rangers have teamed up with scientists from Western Australia’s Department of Biodiversity, Conservation and Attractions to try to ‘train’ the northern quoll. Toad sausages, made from toad flesh and laced with chemicals to cause mild sickness, are dropped from helicopters late in the afternoon so that at night the northern quoll eat the snags and associate the smell of cane toads with getting sick. This teaches the quolls to avoid cane toads in the future.

It’s no silver bullet but by training the quolls with the toad sausages and keeping the country healthy with right-way burning, the northern quoll is more likely to maintain healthy populations in years to come.

Covering more than 4.2 million hectares of the Gibson Desert on the Western Australia side of the Northern Territory border, the Kiwirrkurra Indigenous Protected Area is home to iconic desert wildlife including tjakura (desert skink), kakarratul (marsupial mole) and ninu (greater bilby). 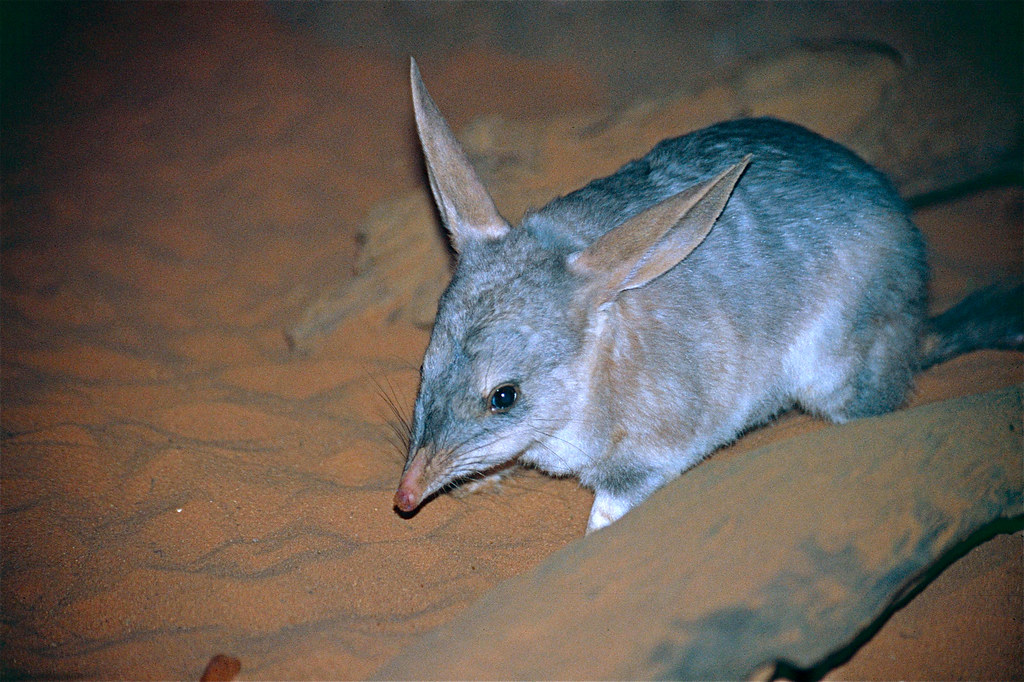 Once found across 70% of Australia, the bilby is now restricted to a small number of colonies, mostly in the western deserts of Australia. More than 70% of the bilby’s current natural distribution is on Aboriginal owned or held lands. The Kiwirrkurra Indigenous Protected Area is almost smack bang in the middle of that distribution area.

Bilby populations are threatened by several environmental problems including destructive wildfires, predation by feral cats and foxes, livestock grazing and clearing. Bilby populations have survived in many regions where traditional burning practices have continued (or have not been stopped for an extended period) and have declined where traditional burning has ceased.

Without these traditional burning regimes, the desert gets hit by large scale destructive wildfires. These fires destroy bilby habitat and attract more feral cats to the area, taking advantage of hunting opportunities that result from of the lack of cover for the native animals. By contrast, a patchwork (synonym for mosaic) of burns across the landscape provides more food for native animals but maintains shelter, reducing the rate of cat predation.

Kiwirrkurra Rangers are collaborating with scientists to help protect the bilby population within the Kiwirrkurra Indigenous Protected Area by continually surveying bilby populations, maintaining traditional burning practices and working to control the number of feral cats around bilby burrows  - something the rangers are very good at.

It is estimated that feral cats made their way into the western deserts well before Europeans in the 1800s. The Pintupi traditional owners of the Kiwirrkurra area recognised the new invader as a viable food source and became talented at hunting the animals. This tradition has continued with the Kiwirrkurra Rangers being some of the best feral cat hunters in Australia.

With the continued support from scientists and the federal government, the Kiwirrkurra Rangers maintain their traditional cat hunting and burning practices to protect bilby populations into the future.

Named after the Walmajarri word for the lake in the middle of the Indigenous Protected Area, the Paruku IPA covers over 420,000 hectares of the northern edge of the Great Sandy Desert, WA. Bordering the south eastern reaches of the Kimberley and with Paruku (Lake Gregory) at its centre, the IPA is an important habitat for many threatened migratory birds, aquatic fish, bilbies and the elusive night parrot. 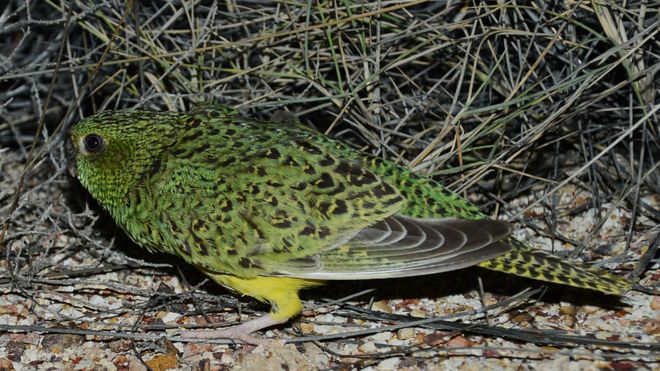 Feared extinct for 100 years, the night parrot has attained an almost mythic status among bird lovers. When one bird was found alive in western Queensland in 2013, for a while it was feared that we were witnessing the last population of night parrots going extinct. That was until 2017, when a photo was taken of a night parrot flying away from the camera on the other side of the continent in the Murchinson region of WA.

A few months later, the Paruku Rangers, working with scientists from Environs Kimberley and WWF, placed some camera traps and sound recorders in an area of traditional night parrot habitat. Incredibly, on one of the photos was a blurry image of a fat green and yellow parrot with a big head. The rangers were then able to back up the photo with a recording of the distinctive parrot call. Nearly one year later, the rangers captured another image of a night parrot with one of their motion-sensor cameras.

Studying the similarities between the population and habitat in western Queensland and Western Australia, scientists and rangers have loosely listed a few things night parrots need to survive; old growth spinifex for nesting and roosting, available water within 20km, and low level of predation from feral animals (foxes and cats). This knowledge helps inform efforts to protect the parrots.

To ensure there is habitat for nesting and roosting, old growth spinifex has to be protected from fire (seeing a pattern here?). The Paruku Rangers undertake early, dry-season, cooler burning to limit the destruction of late season wildfires. Rangers leave some spinifex plants to grow large and old enough for night parrot nesting and roosting. This has the benefit of protecting the habitat of other threatened species in the IPA like bilbies. The Paruku Rangers also carry out a rigorous and humane feral animal control program to manage the number of feral cats and foxes impacting on the night parrot.

By carefully managing the night parrot habitat in the Paruku IPA, this population can last well into the future.

The Arnhem Land Plateau is home to 116 plants and 20 animals that occur nowhere else in the world, including an ecological community that provides habitat for iconic and threatened animals like the black wallaroo, Leichhardt’s grasshopper, northern quoll, Oenpelli python and white-throated grass-wren. This precious ecological community is the Kundulk Andjuhdjumbung Kukorlh (Arnhem Shrubland Complex). 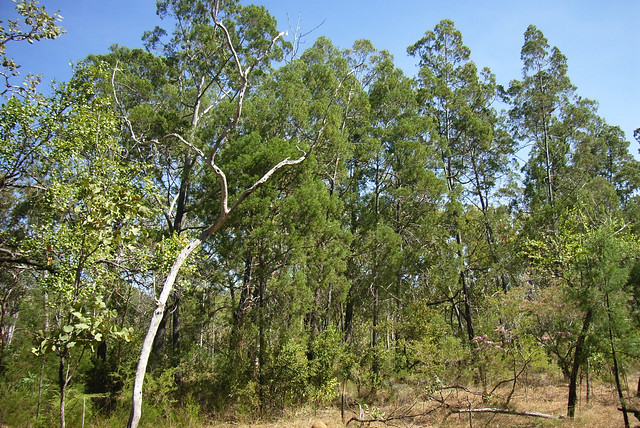 To understand why this community is threatened we need to learn a little bit about its biology. As the name suggests, there aren’t many trees in the Arnhem Shrublands. Instead, the community is made up of what are called ‘resprouter shrubs’ and ‘obligate seeder shrubs’. Resprouter shrubs regrow from roots, trunks, and branches after a fire, and obligate seeders are plants that have seeds that grow after a fire. It’s the obligate seeders that are really under threat. Essentially, this plant community has evolved to suit a very specific fire regime; one that needs people.

Across the Outback, there are fewer people living on country, actively caring for it through fire management. Traditionally, the Nawarddeken people who call the plateau home would start small cooler fires in the early dry season. This created a mosaic (told ya) of small patches of burnt and unburnt country, and helped prevent large, late dry season wildfires.

These large wildfires really affect obligate seeders because, while the seeds can grow after a fire, the parent plant often dies. This means that if the country isn’t rested and protected from yearly hot wildfires, obligate seeder plants do not have time to produce seeds before the next fire. When there aren’t enough obligate seeders, Arnhem Shrubland Complex becomes less healthy.

This is where the rangers working on the Warddeken and Djelk Indigenous Protected Areas come in. The rangers have reintroduced a fire regime that incorporates traditional knowledge with modern techniques to care for country. Called the West Arnhem Land Fire Abatement project, this work significantly reduces the number of late season wildfires and allows the obligate seeders in the Arnhem Shrubland Complex to grow and go to seed before another fire.

This world class fire management from the rangers at the Warddeken and Djelk Indigenous Protected Areas protects the Arnhem Shrubland Complex and its many threatened plants and animals for years to come.

More and more traditional owner groups are seeking to protect land and sea country through Indigenous Protected Areas, we need to make sure we are supporting their creation and good management by growing their funding. By supporting traditional owner groups to meet their aspirations to protect their country and culture, we also improve our natural environment for the benefit of all Australians.

Country Needs People is calling to double funding for Indigenous Protected Areas and Indigenous ranger jobs, and secure funding for the long term, to meet the vast scale of the landscapes we need to protect, and to meet demand from traditional owner groups seeking to care for them. Sign the Country Needs People statement supporting this call today.

Learn more about what an Indigenous Protected Area is here.