Country Needs People, a national network of over 40 Indigenous land and sea management groups, congratulates the Ngadju traditional owners in Western Australia on the declaration of their new Indigenous Protected Area. 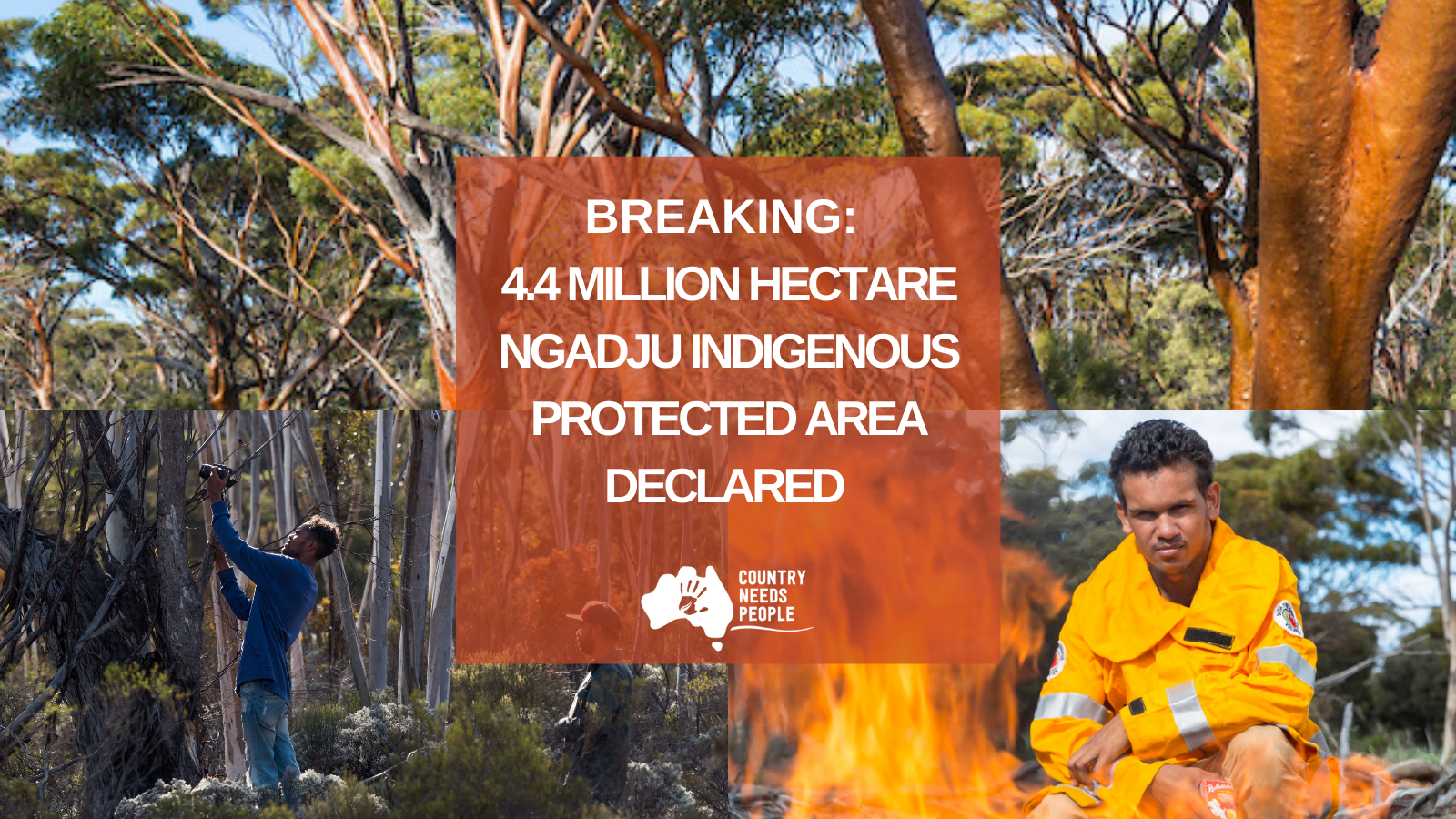 “We know that Ngadju traditional owners and their supporters have worked so hard for years in developing the Ngadju Indigenous Protected Area. This is a major contribution to Australia’s protected area system. The IPA will make a positive contribution to protecting nature, highlighting Ngadju leadership in the region, and support local jobs.” Said Patrick O’Leary Executive Director of Country Needs People.

“Ngadju country contains large areas of the Great Western Woodlands. One of the most biodiverse ecosystems in the world with a huge array of endemic flora and fauna. Ngadju have been taking care of this country for millennia and it’s great to see them re-asserting their presence, ownership and responsibility through their management of this new Indigenous Protected Area.” Mr O’Leary said.

“Supporting Indigenous Protected Areas is a fantastic investment on behalf of all Australians. Australia is an enormous continent with a vast array of biodiversity and cultural values. Each place has a historical and contemporary connection with Aboriginal and Torres Strait Islander peoples. Indigenous Protected Areas recognise that unbroken connection and create a framework for leadership and partnerships for traditional owners to be central to management of their own country.” Mr O’Leary continued.

“It’s good to see Ministers Ley and Wyatt working together to support Indigenous led conservation and the hard work of Ngadju. We’ve been pleased to see the ongoing support from the Coalition as well as the opposition, independents and crossbench parties for Australia’s world leading Indigenous Protected Areas network.”