There’s a second side to the Country Needs People campaign, which sometimes feels overlooked, but which is just as important.

Securing the future of Indigenous Protected Areas will mark another critically important milestone in recognising the value of Indigenous land and sea management to Australia.

Here at Country Needs People, we focus a lot of attention on Indigenous rangers. There’s a pretty good reason for that. It’s a phenomenally successful program that is having a positive effect on the lives of Indigenous people across the country. But there’s a second side to our campaign, which sometimes feels overlooked, but which is just as important.

Securing the future of Indigenous Protected Areas will mark another critically important milestone in recognising the value of Indigenous land and sea management to Australia.

Increasingly, Indigenous Protected Areas, or IPAs, are being appreciated as an expression of cultural and economic self-determination for Aboriginal and Torres Strait Islander people. IPAs are tangible demonstrations of connection to country, but also provide an important social and economic foundation for improving health, education, employment and cultural identity.

IPAs are recognised as part of the Australian Government’s National Reserve System. To date there are 74 IPAs, covering 67,000,000 hectares of Indigenous owned or controlled land and sea areas. IPAs are are voluntarily entered into by Indigenous land owners and as part of any agreement with the Australian Government to manage biodiversity; local Traditional Owners initiate the process, and develop a management plan according to criteria which address both local priorities and national biodiversity priorities.  Typically these two aspects strongly overlap.  The program combines extremely well with the Indigenous Rangers initiatives to result in a strategic, locally led natural and cultural management approach combining highly valuable traditional and local knowledge and contemporary science.  The IPA is 'declared' formally at a time the Traditional Owners determine, it then becomes part of Australia's national reserve system the NRS. 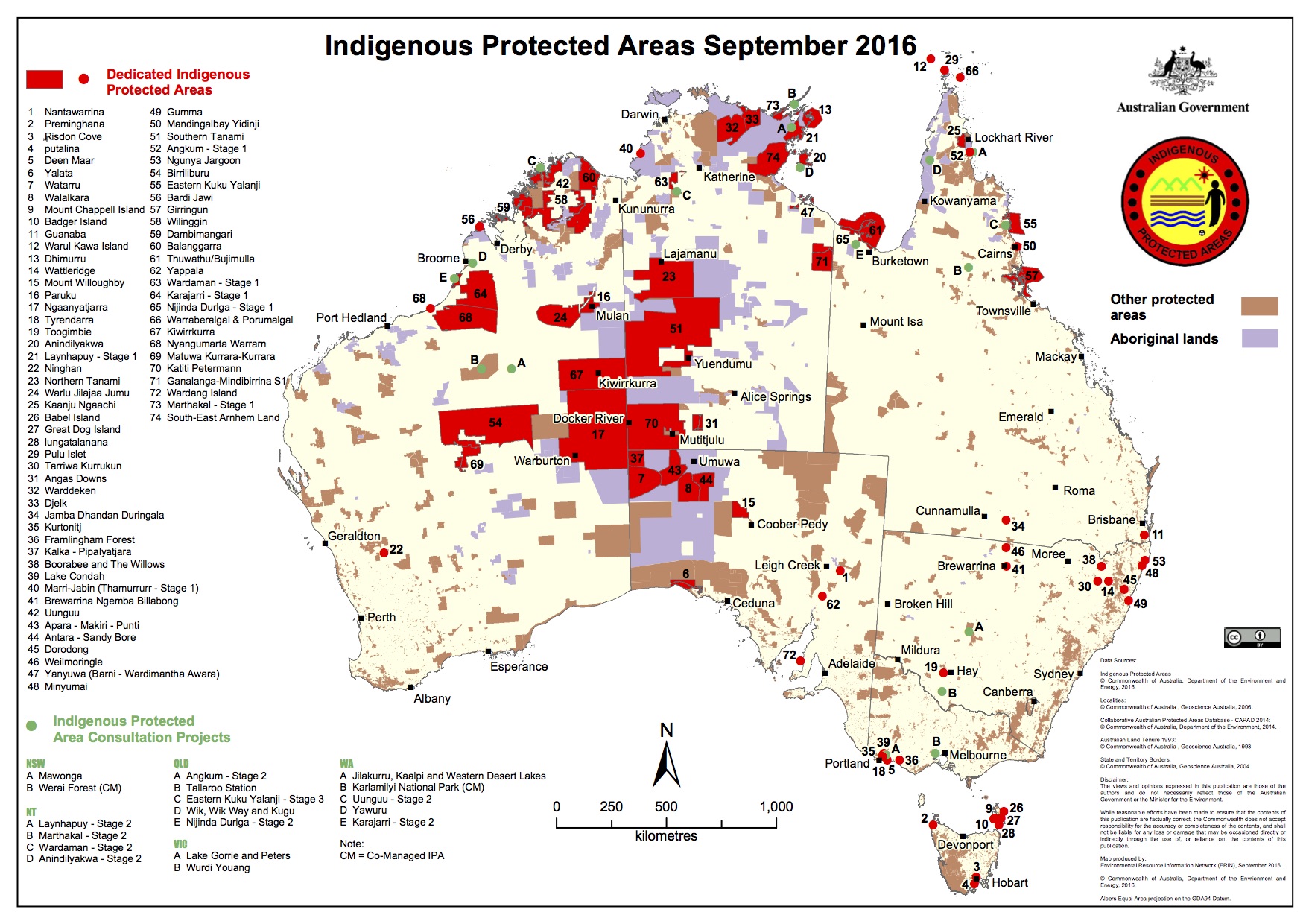 There are a lot of inspiring case studies: The Dhimurru IPA in Yolngu speaking NE Arnhem region of  the Northern Territory which, when established in 2000, became the first to cover both land and sea and performs a critical roe in balancing tourism with wildlife and cultural protection around the coast and hinterland; or the Kiwirrkurra IPA, which covers almost 4.3 million hectares of country in the central deserts region of Western Australia, much of which is key Bilby habitat, and needs fire and feral animal management amongst other pressures to tackle....but there are many more.

The Country Needs People alliance is pursuing greater funding and certainty for IPAs all over Australia. Federal government funding for the program is relatively small – less than $18m a year currently – when considering the IPAs compose almost 45 percent of the national reserve system. That's less than 4 cents per square kilometre for managing our precious Outback land and seascapes.

Unfortunately funding for the IPA program currently has no horizon beyond 2018.

We are working to change this for what is a world leading model of Indigenous lead biodiversity and cultural protection and management that creates dynamic partnerships between local people, governments, the Non Profit sector and others.  We should be investing in our people and our landscapes and IPAs are a fantastic framework for pulling people and country together for the benefit of all Australians, we'd like to see that investment grow.

Help us achieve greater funding and certainty for IPAs

Find out more about IPAs on the federal government’s site