“In 2013, Australian rangers came to Yellowknife. It was so inspirational and in 2014, we started working with leaders, elders and youth to develop our own program.”

If the delegation of Indigenous leaders from Australia needed any more motivation for their tour around Canada sharing the success of Indigenous land and sea management back home, this statement from Dahti Tsetso said it all.

Dahti is a Dehcho First Nations resource management coordinator, who has been working with her community to pursue their land management aspirations. The Dehcho have, since 2014, developed a ranger program and, just a few months ago, established the Edéhzhíe Indigenous Protected Area/National Wildlife Area.

We want our own guardians* program. We want our people out on the land.
- Dahtie Tsetso 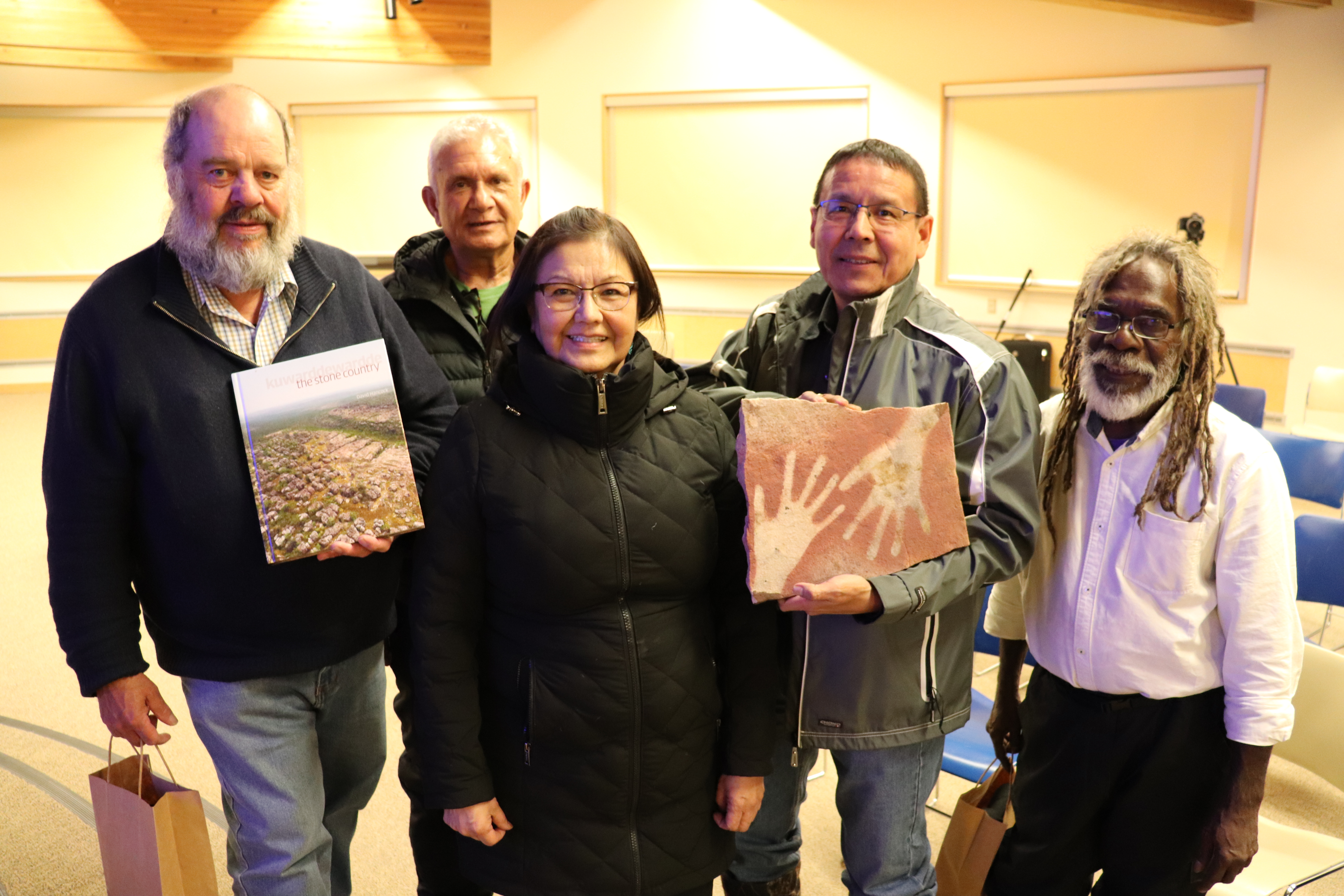 Dahti and her community have worked hard and achieved a lot, but it was great to hear that the work by traditional owners in Australia, the consistent federal government funding over long periods, and the dialogue her community has been able to have with Rangers visiting Yellowknife has helped to inspire and spur them on.

“We’re still working on smaller project funding and that’s why it’s great to hear more about funding security in Australia. Your timeframes give me hope,” she said.

It was a familiar story to Denis Rose, Gunditjmara senior traditional owner and one of the key people involved in the early days of development of the Australian Indigenous Protected Area program. Denis’s experience, in both working from the federal environment department side initially, then later with his own community run rangers and IPAs, has a unique perspective.

He first talked about the uncertainty faced by Aboriginal and Torres Strait Islander Indigenous Protected Areas and ranger groups in Australia last year, when contract extensions were only delivered at the eleventh hour.

Dahti and Denis agreed that consistent, long term funding streams are vital if IPA and ranger (guardian) programs are to succeed.

The benefits of long term Indigenous land and sea management funding include:

This is about the service Indigenous communities deliver for the environment and cultural heritage.
- Denis Rose 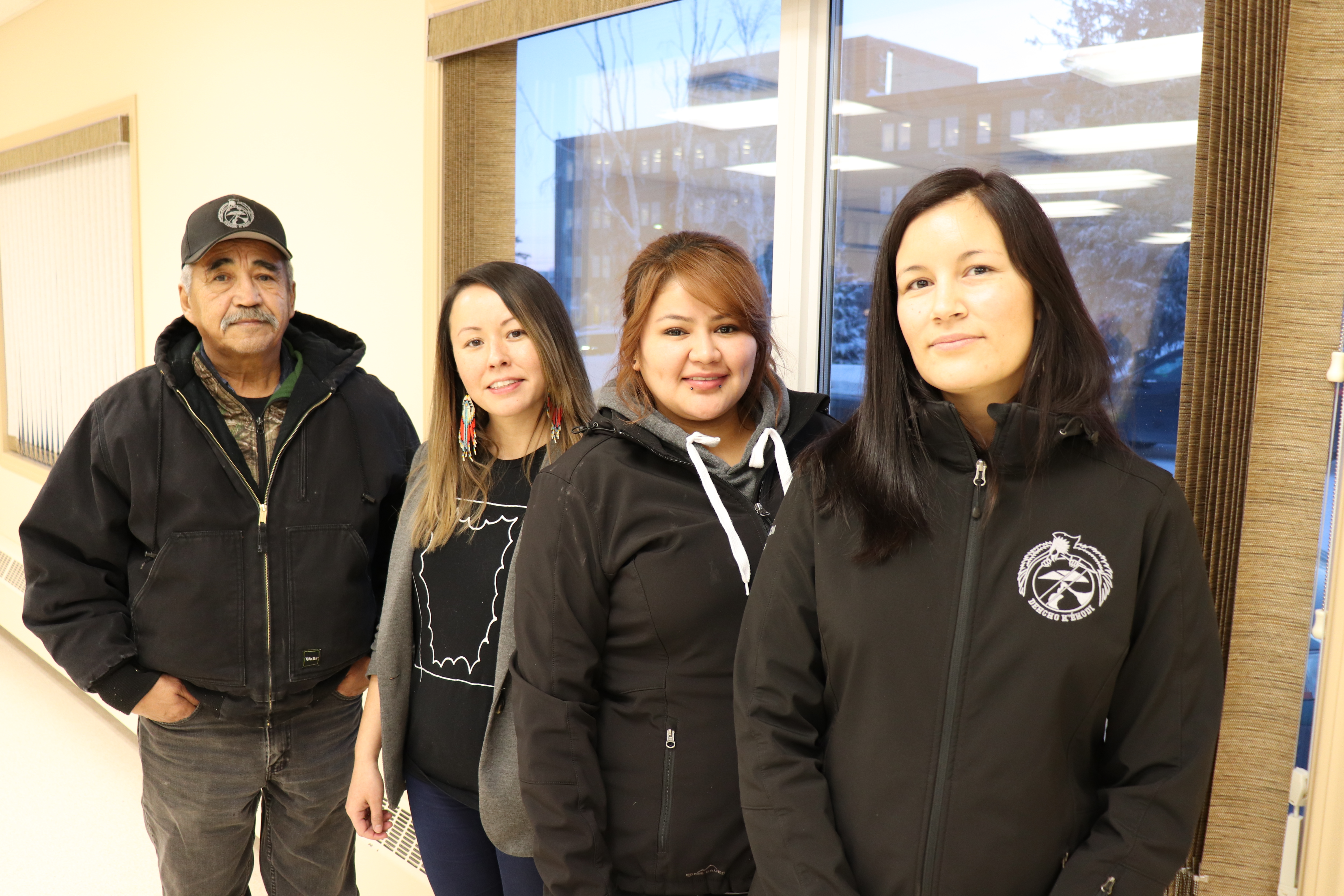 We’ve done a lot in Australia through the commitment of grassroots Indigenous land and sea management organisations, their elders, their staff and partners. We know there are still plenty of issues that need sorting out and challenges in delivering the best land and sea management but when we pause to look back, such a lot has been achieved.

Consistent government funding has been a catalyst for many other initiatives by Aboriginal and Torres Strait Islander groups. It has allowed the stability to plan, develop and grow. And has delivered a major return for the wider Australian public over and above the direct benefit to local communities.

It’s exciting to see the progress being made in Canada through the commitment of local Indigenous communities and traditional owners, by the Canadian government starting to engage in dedicated funding programs for Canadian Guardians, and to think our Australian models have provided some inspiration for what offers to be a growing future for Indigenous land and sea management across both our countries.

* - ”guardians” is the Canadian term for “rangers”.