Photographer Ken Duncan and journalist Ray Martin flew into Mungalalu Truscott Airbase to conduct a two-day workshop at the nearby Garmbemirri Ranger Camp. 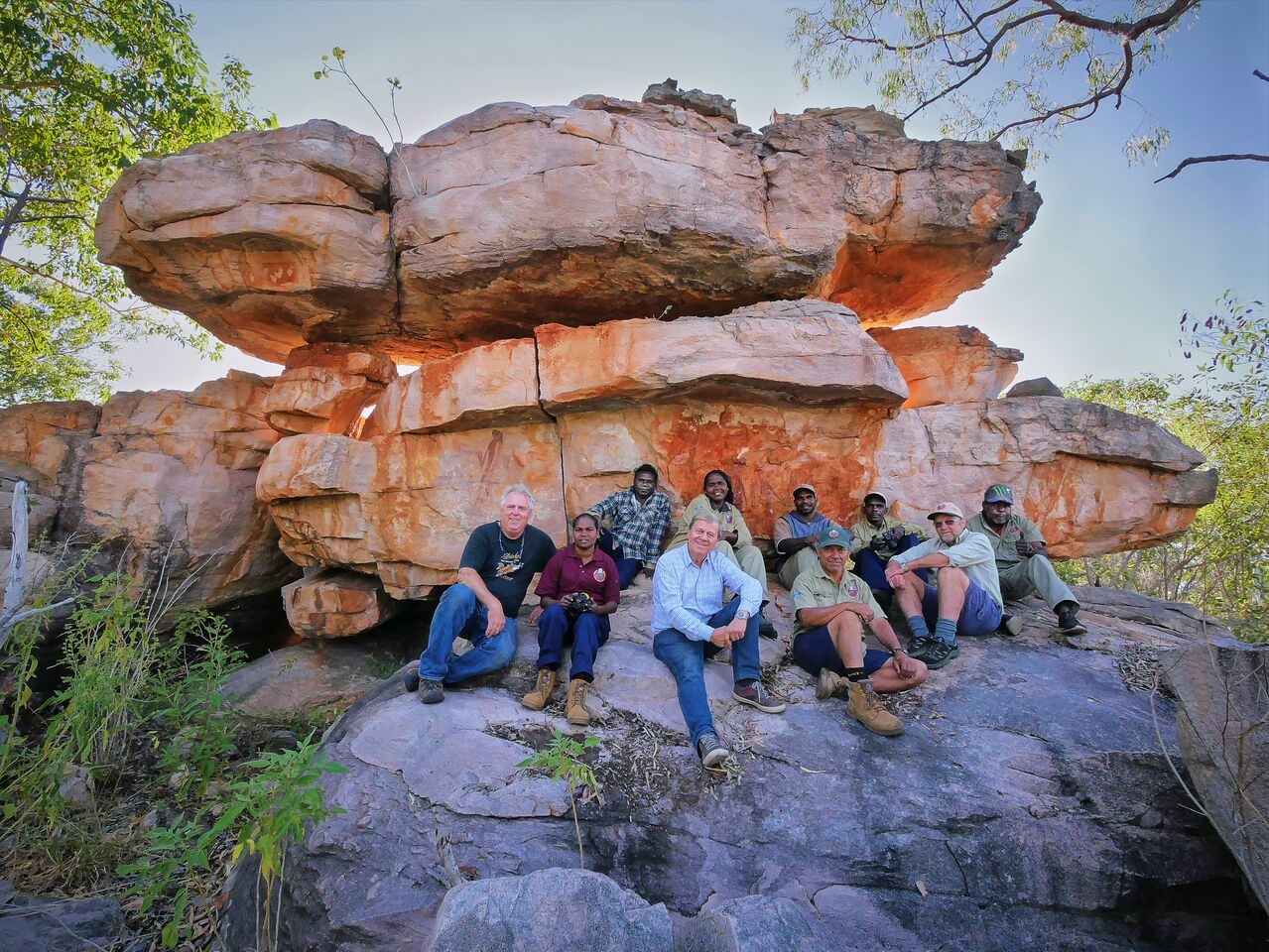 Ken Duncan’s late father, Jim Duncan, was a missionary in the Kimberley and several participants in this week’s workshop are descended from people his father knew during that time.

“Photography is an important skill for us, particularly given our physical isolation from mainstream media,” Ms Goonack said.

“We need to be able to document our Healthy Country and Ranger work, cultural practices, involvement in the tourism industry and wider economy. We need to tell our stories and share our achievements.

“Ken and Ray have helped us not only to improve our skills, but to develop important ongoing relationships which can help us achieve critical targets for Wunambal Gaambera people."

Ken Duncan volunteered to conduct the workshop after he and Ray Martin filmed their documentary Chasing the Light on Wunambal Gaambera Country in 2014.