The Coalition is not a threat to the Indigenous rangers program, according to federal LNP candidate for Leichhardt Warren Entsch. 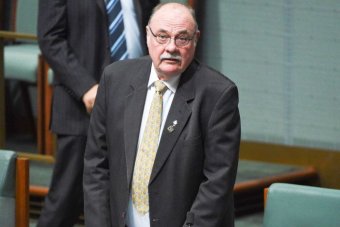 His comments came after a supporter of the Country Needs People petition for more Indigenous rangers pointed out the LNP was yet to announce future funding assistance.

More than 2000 Indigenous rangers are employed in natural resource management roles across the country.

The petition was launched in May and has already attracted 23,000 signatures, 900 of those from north Queensland.

“But there is still much of Australia that has little or no management, including much Indigenous-held land and these jobs are a way to protect nature and support new jobs in regional and remote areas,” he said.

“The Government has not yet laid out its plans for the future of ranger funding or growth of the jobs beyond 2018 when the current funding contracts end.

“We are hopeful support will be renewed, secured and increased given the many benefits for jobs and the environment, particularly in Queensland around the north and Cairns region.”

Mr Entsch said the Coalition had already committed to funding boats for coast-based rangers and planned to invest workers with the authority to arrest poachers, seize illegally obtained items and provide evidence in court trials.

“I’m not sure we will double the number of rangers but we’ll continue the program we started,“ he said.

“We will adequately resource it.

“They are more than well and truly acquitting themselves.”

Labor and The Greens have committed to doubling the number of Indigenous rangers should either party win office.