Indigenous rangers launch Working for Our Country report in Parliament 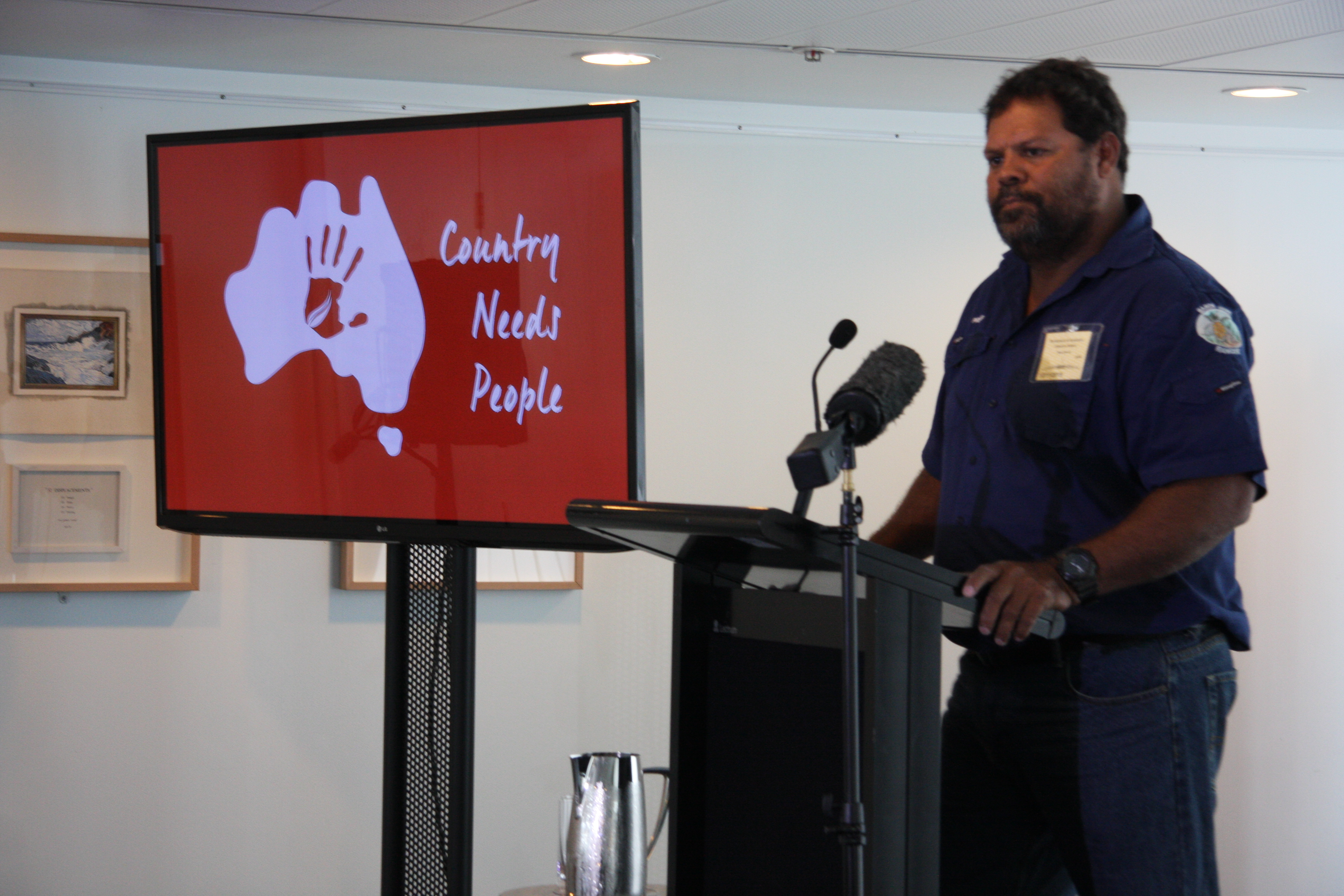 Indigenous rangers from Ngadju, Bardi Jawi, Anangu, Olkola and Dhimurru Indigenous land and sea management programs have travelled to Parliament to present a representative for Minister for Indigenous Affairs Nigel Scullion with a report outlining the economic and social benefits of Indigenous ranger and Indigenous Protected Area programs.

A national review of programs that create jobs for Indigenous people as rangers on Indigenous owned conservation parks has found they are transforming remote communities through creating economic opportunities in some of the most disadvantaged areas of Australia, as well as improving health and education levels.

Launching the review report today in Canberra at Parliament House, an alliance of 16 Indigenous land and sea management groups and Traditional Owners also urged the Government and Opposition to commit to doubling the number of Indigenous rangers by 2020.

Read the Working for Our Country report here

Commissioned by the Pew Charitable Trusts, the Working for Our Country review also found that significant spill over benefits for remote communities have been created, despite less than half of one per cent of the $30 billion spent by state and federal government on Indigenous issues being allocated to the Indigenous Ranger and Indigenous Protected Area programs (0.2%).

“We are urging government to now double their efforts in this sector because the results are so strong on the ground,” Melanie Herdman, CEO of Dhimurru Aboriginal Corporation in the Northern Territory said.

“We have huge areas to manage, our people are lining up for these jobs, and we know there are a lot of groups around Australia like us who use ranger jobs and Indigenous Protected Areas to lift themselves up.  Working for a healthy environment supports our people and communities to be healthy themselves.”

“There are numerous spill over benefits to Indigenous communities in which rangers operate and to the wider, national economy in terms of better health outcomes, less crime and improved environmental and heritage protection,” Mr O’Leary said.

“These are very positive signs that Indigenous communities, once they have stability, are able to engage in the mainstream economy and supplement the income ranger jobs deliver.”

The majority of ranger positions represent new jobs for previously unemployed people in remote areas where job prospects are scare, literacy and skill levels are low, social and economic disadvantage is extreme, and standard models of labour markets and work arrangements have generally failed to deliver outcomes. Women make up a significant proportion of the workforce.

Check out the media coverage for the Working for Our Country report launch:

Indigenous ranger program delivering for all, says report - The Australian

Indigenous rangers want to double their ranks - Radio National AM